Here are some of the pictures from Mumbai that should have accompanied my last post.

Mumbai has over 22 million people, some say 23.7, and census is not very good here.  The estimate is that about half are homeless.  There are lots of very crowded slums, yet it is the world’s second most expensive city after London.

People are very superstitious here and believe in many gods.  Shiva is the main one for Hindus. They also believe in reincarnation.

Bollywood is a combo of Bombay and Hollywood.  They make about 800 movies a year – we have a man here who does work in Hollywood and he says they make about 15 there!

This is the cow I wrote about where one woman leases it to another, she sells the hay to feed it and the cow gets fed! 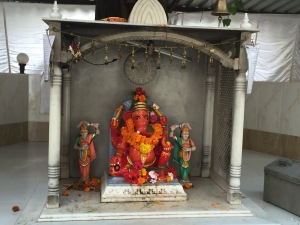 This is the statue of Ganesh, son of Shiva, with the elephant head at the Babulnath temple.

The top of the Babulnath temple 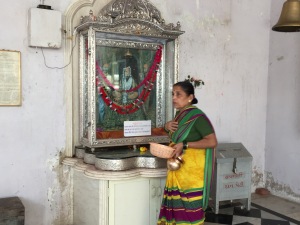 A woman bringing flowers as an offering at the temple

Victoria station – 3.5 million people use it every day. This is where the final dance scene in Slumdog Millionaire was filmed during the hours of 1 – 4 AM when there are no trains running. 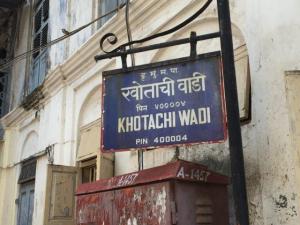 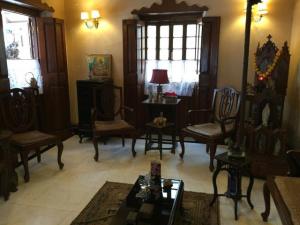 Learning how to tie a sari

Street scenes – sometimes there are up to five on a motorcycle and the women ride side saddle! Crazy traffic, I don’t know how they do it

A mix of religions here and you see all kinds of dress.

You do see a lot of people sitting around. The bureaucracy is crazy – many security checks, scanners that don’t do any good, they go off and no one pays attention, and then 3 or 4 people check the same documentation. 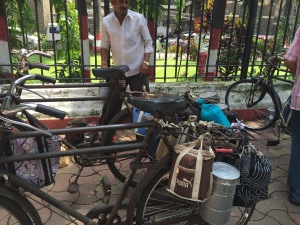 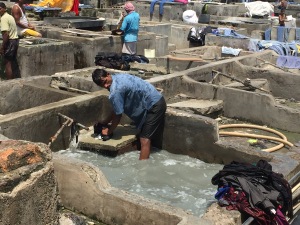 This is like no laundry you have ever seen. They use a hard stone like soap and basically beat the clothes clean.

Here’s how they beat them. 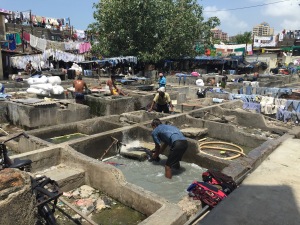 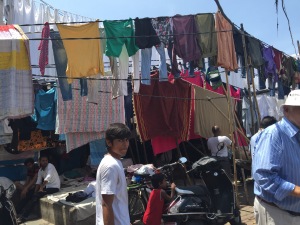 And here’s how they hang them up. 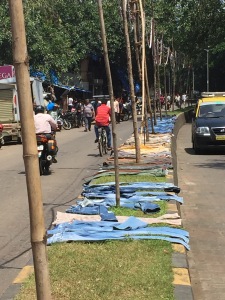 They dry the jeans and pants here! 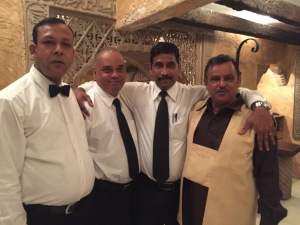 Welcoming us to the Khyber restaurant 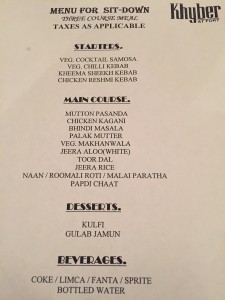 Lunch at the Khyber restaurant – delicious!

She keeps the museum grounds clean 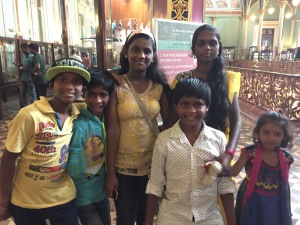 They love having their pictures taken and wanted me to pose with them too!

At the Crawford Market – everything from fruits and vegetables to birds and bunnies! 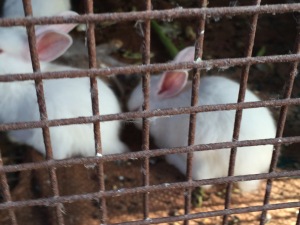 All in all a wonderful experience in Mumbai – seeing the crowded bustling city and the real diversity of rich and poor, religions, the crazy traffic, etc. Like nowhere we have ever been.

1 Response to Pictures from Mumbai