Last night in Horizons, there was a Canada Day party. The entertainment team did songs by Canadian artists and the chefs made these adorable beaver cupcakes and also the traditional beaver tails.  You can see that I did  a pretty good job on the beaver tail!

Today we were in Halifax which is the Capital City of Nova Scotia.  I am sure my readers know that Nova Scotia means New Scotland, and there are Scottish influences everywhere in this city, starting with the bagpiper that greeted us on the pier! 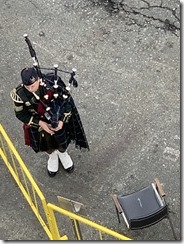 Our sail in was beautiful and it was a beautiful sunny and warm day. 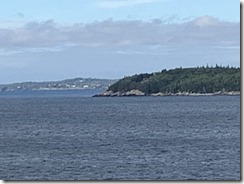 We have been here before and have done whale watching and the Titanic cemetery, so this time we chose to walk the extensive harborside boardwalk, shop, visit the botanical garden and have a lobster roll lunch.  We checked them all off!

There were two other ships in port today, the Queen Mary 2 and the Celebrity Summit.  They were both docked when we came in so we had a shuttle from the ship to the port gate where the other two ships were docked.   A 3 minute ride, but you cannot walk through the port.

Here are some of the sights along the boardwalk.

There is a beautiful shop of Nova Scotia crystal, so we stopped at the glassblowing and cutting studio to watch the process. 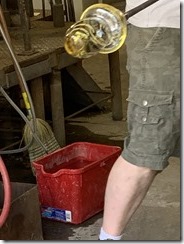 The craftsmen there said it takes 10 years to become a master.

Some more sights on the walk.  Loved this tugboat! And Norm is “cool as a moose!” 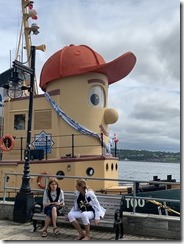 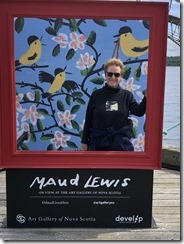 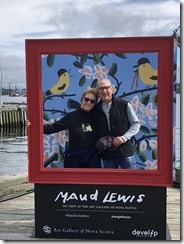 This is the city hall.  There are beautiful flowers all over the city. 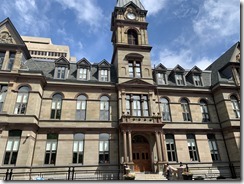 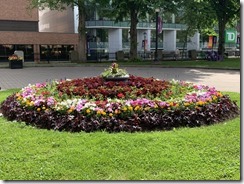 We walked up the hill to the Citadel which is an 18th century fortress.  The views from there are really nice. 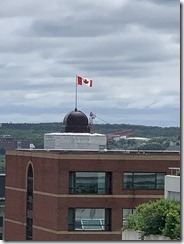 As hard as I tried, I could not get this guard without other people in the picture.

The next stop was the botanical garden which had the most lush and beautiful rhododendrons that I have ever seen.  The rest of the flower beds were so nicely done that we spent quite a bit of time both walking and sitting in this garden. 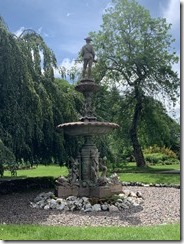 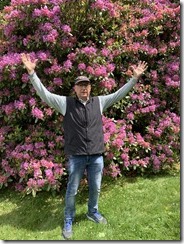 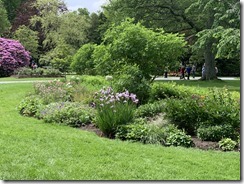 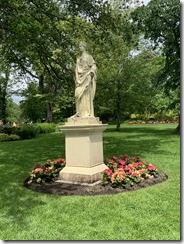 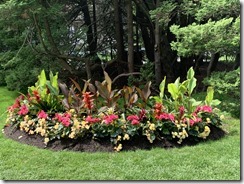 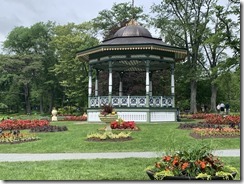 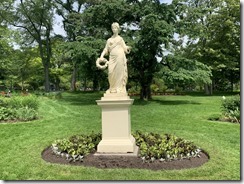 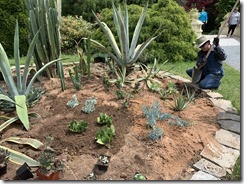 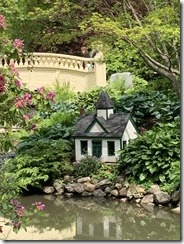 We stopped in to see St. Mary’s Basilica. 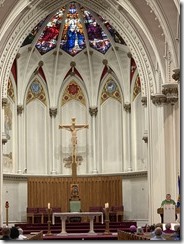 We had lunch outside on the waterfront at the Waterfront Warehouse Restaurant.  Delicious lobster roll! And, Mike, thought of you with all these varieties of oysters! 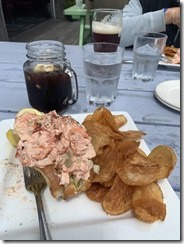 Two attempts to frame the lighthouse through this sculpture.  Not too successful, but it was a nice thing to see. 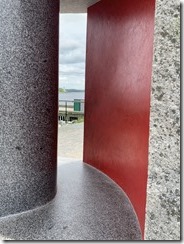 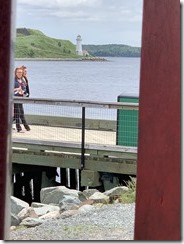 Yes those are hammocks on the pier!

Samuel Cunard statue outside the Cunard building. He was the founder of the shipping company.

In case you were wondering about kilts….. 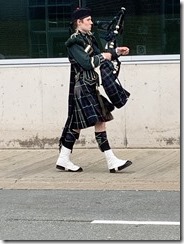 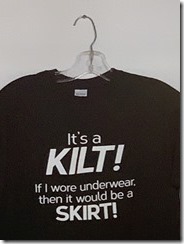 Only one more port tomorrow before our sea day and then return to NY.