Cruising the Red Sea and the Gulf of Aden

Today we passed through the narrowest part of the passage between Yemen and Somalia. 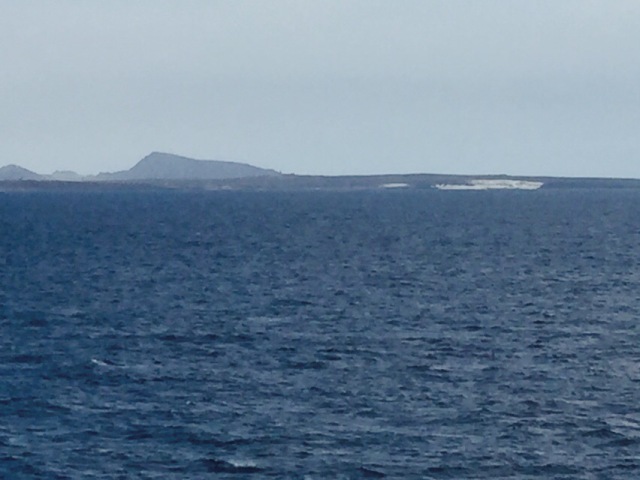 Yemen is in the first picture and Somalia in the second two.

We saw lots of ships but no suspicious activity.  There are lots of lookouts on the ship.

Again the sea water is the same temperature as the air, around 90.

The Gulf of Aden is the body of water that forms the link between the Red Sea and the Arabian Sea. The marine life is rich in quantity and variety and includes dolphin, whales, sea turtles, rock lobster and many types of fish.  We did see many dolphins in the Red Sea yesterday and are hoping to spot whales tomorrow.

Tonight the ship had a Rosh Hashanah dinner and their were about 70 people there.  Not all were Jewish, some just wanted to participate.  It was a nice evening. Here is the menu and one of our head waiters, Hussain, after the dinner.

One more sea day on our way to Salalah, Oman. I am still taking bridge lessons, we are enjoying the lectures and cooking demos ( the new chef is a riot!), And just relaxing.

This entry was posted in At Sea, September, World Cruise 1. Bookmark the permalink.