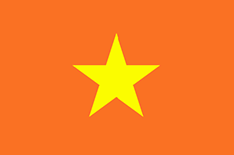 We had dinner last evening with Kim and Brooke, her daughter.  Brooke is the one who played soccer against the elephant in Thailand.  They are from Toronto, and Brooke is a marathon runner, having her 32nd birthday this week.  We really enjoyed meeting them and had a lovely dinner. 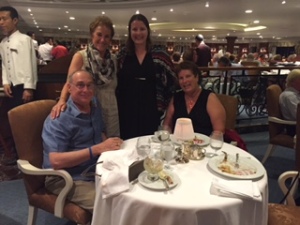 We sailed into beautiful Halong Bay today, arriving around noon.  We needed to anchor in the bay and go to shore by tender.  But our excursion this afternoon was a junk tour, so the junk boats picked us up right from the ship.  They put a pontoon boat on the opposite side of the ship as the tenders were leaving from, and the junk boats came right up to that to load us.  Many people on the ship were going on the junk boats so it was a busy time.

The bay itself is gorgeous, with many large rock formations that must look even more spectacular when there isn’t as much of a haze.  The guide, Churn, said that is in the spring.  Right now it is hazy in the distance. 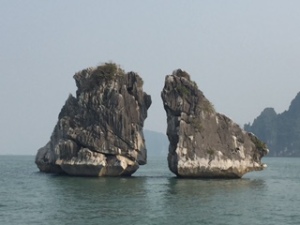 They call these chicken and rooster 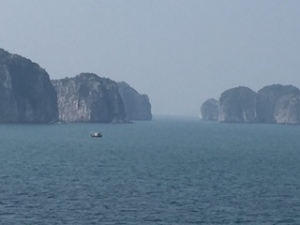 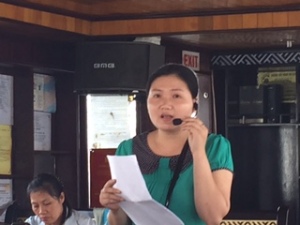 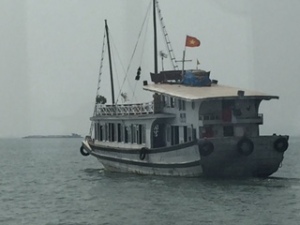 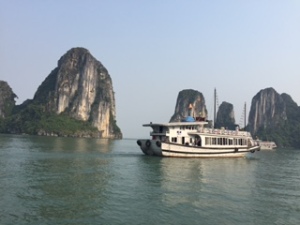 Ha Long means Dragon.  There are almost 2000 islands here and it is one of the world’s outstanding natural wonders.  It is a UNESCO World Heritage site.  There are tiny islands with rock arches, sheer cliffs, many peaceful coves and white beaches.  The islands have fanciful names – Heavenly Gate, Tortoise Rock, Man Head Rock, The Isle of Wonders, Tea Pot Rock and Devil’s Face.  Half of the islands have not been named.

We cruised around the bay, and of course, there were things for sale on the boat which is run by a couple with an adorable son and the grandmother. And women in boats came up to us either begging (always with a cute child aboard) or selling fruits or typical souvenirs. 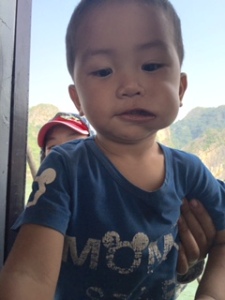 He’s got a banana in his mouth! 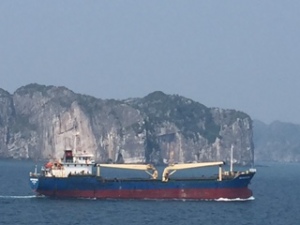 This one is to show the scale of the rock formations 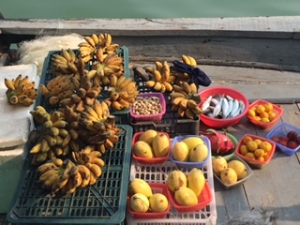 Some of the fruit for sale, These tiny bananas are delicious 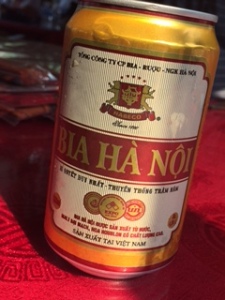 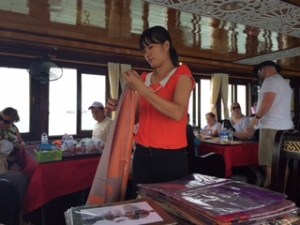 Some of the merchancise for sale 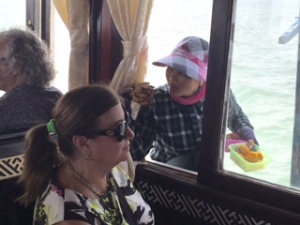 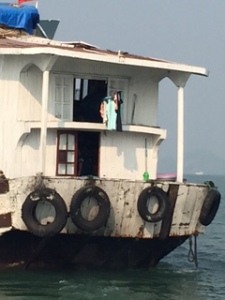 They live on the boats, here is the laundry 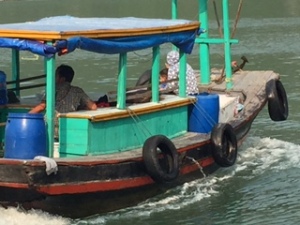 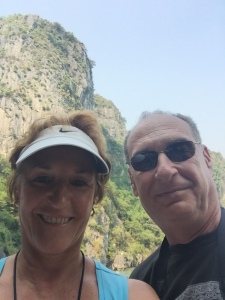 We made a stop at a spectacular cave and climbed the 120 steps to enter. 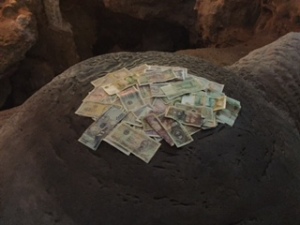 People leave money in the caves, I have seen coins in a fountain, but not paper money in a cave! 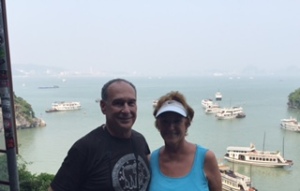 View from just outside the caves 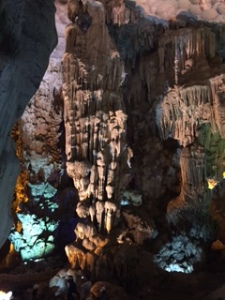 When we returned to the ship, there were women with a child in boats asking passengers to throw money to them. 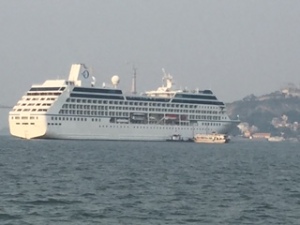 Again, for scale, our ship with a junk boat beside it