This is Guatemala’s largest Pacific Ocean port. It seems very small compared to others we have visited, but it is the gateway to some truly beautiful sightseeing. Guatemala is about the size of Ohio. The name means “land of trees” and that is very accurate. 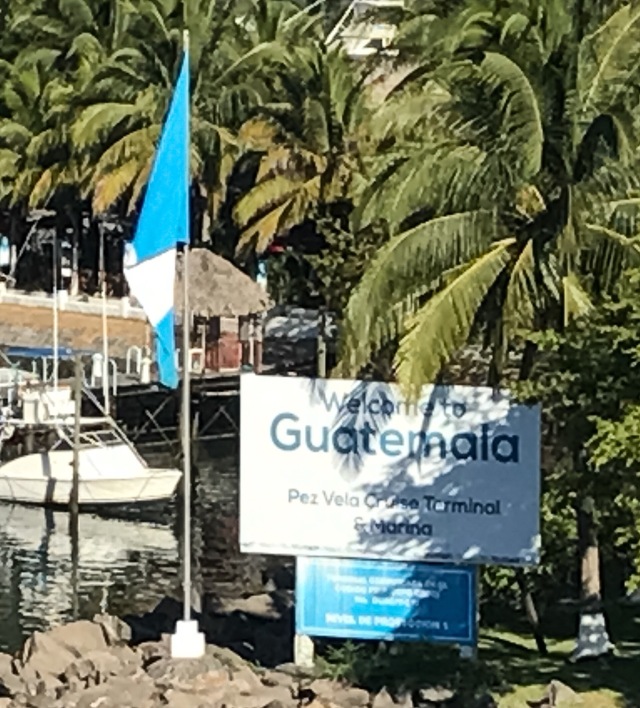 Our day started at the extensive handicraft markets at the port. The weaving here is extraordinary. We were ready to depart on our tour so I knew where I wanted to explore when we returned. But before I could go very far, a bird unloaded on my hair and my t-shirt! No time to change, so I just got as much off as I could! No picture to show here! 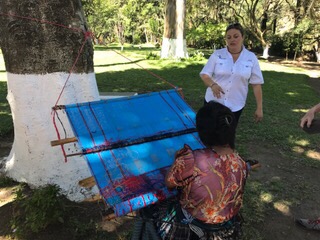 Our tour today was called “coffee back to nature”. We were in a small bus, just 17 passengers and our guide was Jessica. She was wonderful…more on that later. As usual we learned many facts about the country. One thing is …and this is not from Jessica…that all of these countries claim to have the “best” coffee!! The largest producer is Brazil but the Central American countries all claim best quality.

We traveled about an hour and a half up into the mountains. We saw many sugar cane fields and learned that they do grow bananas here with water from the mountains. The sugar cane is harvested by hand with machetes and there is a new planting and harvesting every 3 months.

There are many volcanos here and some are active.  The last significant eruption was in 2010 when 2000 people died. They had a small eruption from the Pacaya volcano, which is always active, 2 weeks ago. 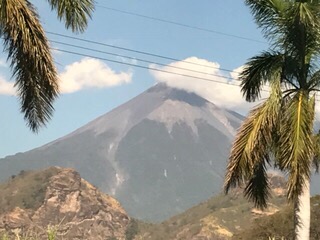 We arrived at the coffee plantation, Finca El Barretal, which is 4000 feet above sea level and it was comfortably cool compared to the 91 degree temperature at the port.  Our guide there was Victor, the grandson of the owner.  This plantation was once the home of Jorge Ubico who was the President of Guatemala. It covers 300 acres. 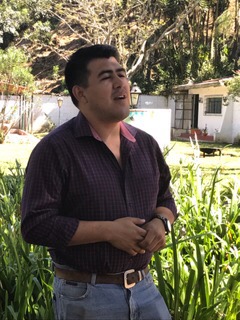 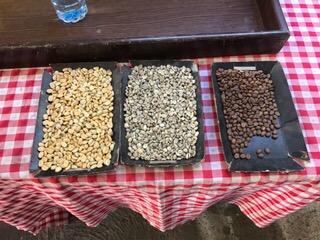 The beans, first dried, then green, then roasted

Speaking of politics, at the last election here it was a contest between two very disliked candidates- one was a former first lady and the other was a comedian with no government experience at all.  The comedian won.  We thought Victor was making this up, but nooooo.  So our two countries are alike in some ways! Except the comedian part.. Oh, wait!

We learned all about the growing and harvesting of coffee.  First we saw that the beans are all picked by hand by workers who make about $6/100 pounds picked.  They can pick about 300 pounds a day.  The bean is ripe when the outer casing is red.  We tasted the bean at that point and there is a sweet coating to it. The plants live about 20-25 years and they are constantly replanting. Once the outer layer is removed, they dry the beans out in the sun and they rake them often to be sure they dry uniformly. 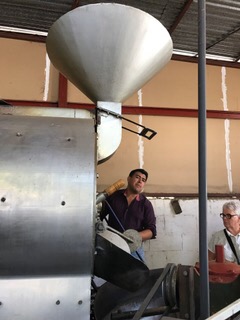 Harvest time is October through March.  We saw plants of all sizes, toured the production area and watched a video about the process in Guatemala. Then we had the freshly roasted coffee! Yum…

They have a small shop with local handcrafted items. We were looking at some belts when I mentioned to Norm that Jessica had on a belt that was mostly covered by her blouse.  He asked her to see it and she took it off, explaining that she had made it.  It was beautiful.  In a few minutes, she asked me to come with her and she gave me the belt! She said it was a gift and she didn’t want any money for it.  This is the character of the people here! Of course we gave her a large tip. We told her to visit if she comes to the US, she said she wanted to see snow, so who knows.

Norm likes it too! 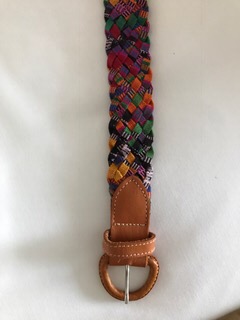 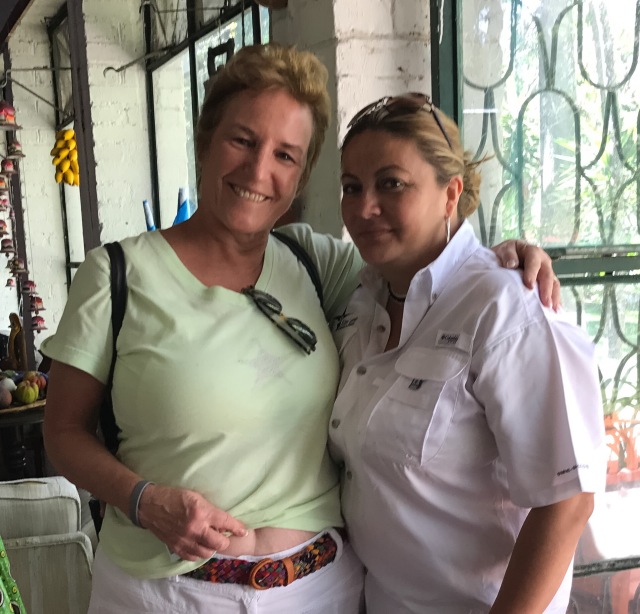 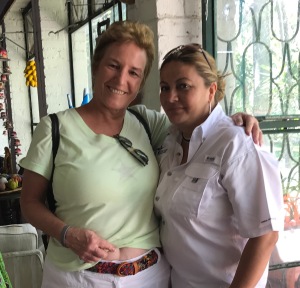 Jessica and the gift of the belt

On the ride home she gave everyone woven bracelets that she made.  The tradition is to tie two knots, each while making a wish, wear it for a week then cut it off and throw it over your shoulder without looking and your wishes will be granted.

Back at the markets we bought a wooden elephant mask and a woven shawl. 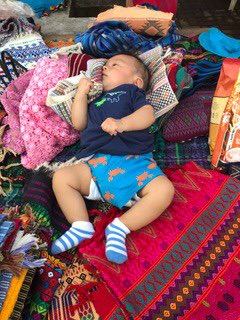 This guy was not for sale! 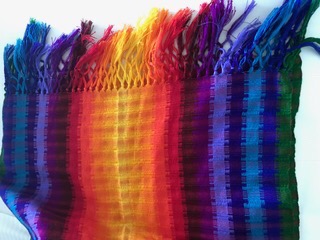 It was a truly wonderful day!

Tomorrow is a sea day and I will post some random musings from previous ports and show my beginning magnet collection.

This entry was posted in Central America, January, World Cruise 2. Bookmark the permalink.