First, let me post a picture from our event yesterday of Tricia Blake, our around the world hostess and me.  And yes, we had a few drinks!

Today we returned to the Pearl Harbor memorial.  We had been here a few years ago when the new theater was being built.  It is done now and very nice! They redid the film too.

Here are a few shots from there. The Arizona memorial and the Missouri are the highlights.

Our guide was Lehua, and she knew so much about Oahu.  Her father was the fuel supervisor during the attack on Pearl Harbor.  He lived through the attack and of course told her many stories before he passed away. She told us that the country was more concerned about sabotage from the many Japanese living in Hawaii (37%) which left them sitting ducks for an airborne attack. No sabotage was ever proven.

It is the 75th anniversary of the attack.  Oil is still leaking from the ship Arizona which is visible in the water. The legend is that until the last survivor is dead, these black tears will continue.  This visit was as touching as the last, especially the part about those who survived the attack wanting their ashes to rest with their shipmates when they die.  Divers take the ashes down into the hull of the ship.  There are 4 survivors left. 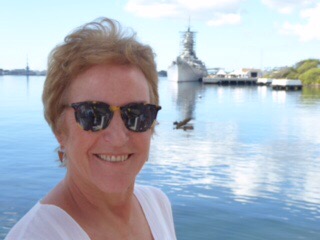 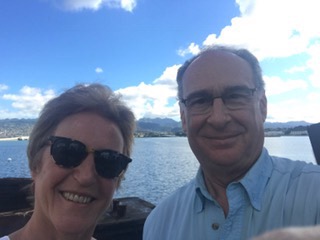 We then traveled over the mountain on one of the 3 interstate highways.  Interstate, you might ask?? Hawaii does not connect to any other state! This was designated by President Eisenhower to connect the military bases together.  They are called H1, H2 and H3.  If you go too far, you reach H2O! They were built at a cost of $80 million per mile…the taxpayers funded it.

Here are some shots of the scenery on the other side from crowded Honolulu.  By the way, it is the 12th largest city in the US. 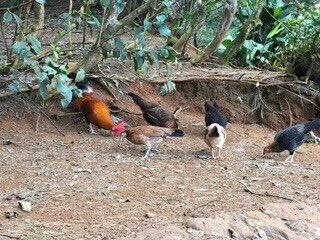 Lots of chickens here, they have no natural predators. 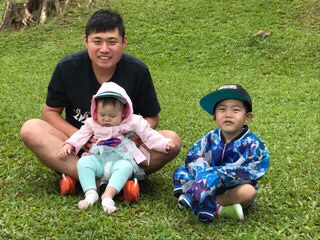 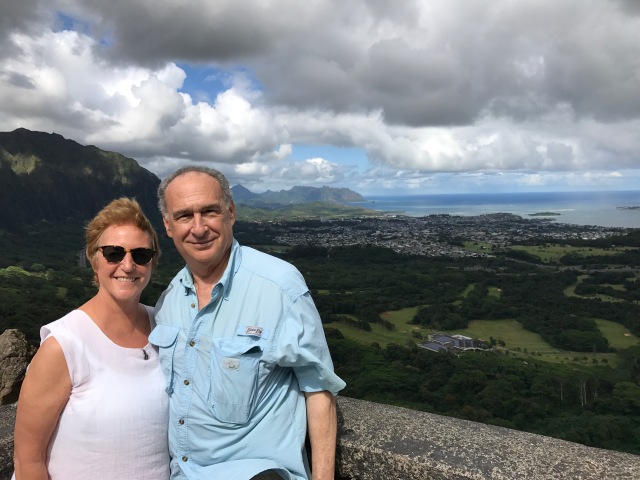 We had a tour through the Punch bowl cemetery and then the city on the way back to the ship and will meet new people today as the first segment of the cruise is done and the second from here to Auckland, New Zealand, begins today.  Another lifeboat drill, sigh!
By the way, the Indian Banyan tree here which I had in a previous post, can grow as big as a city block! 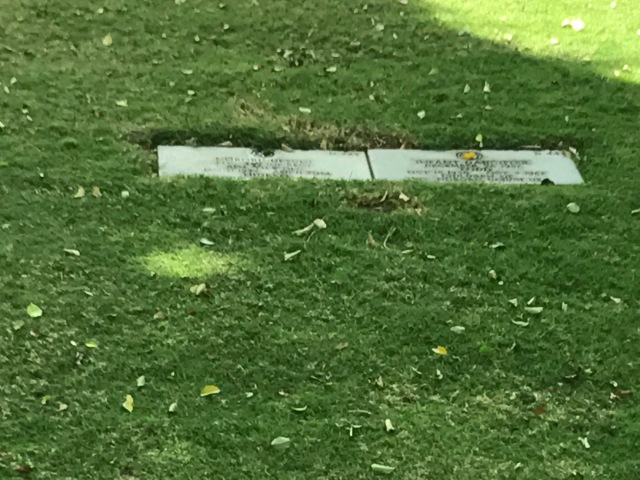 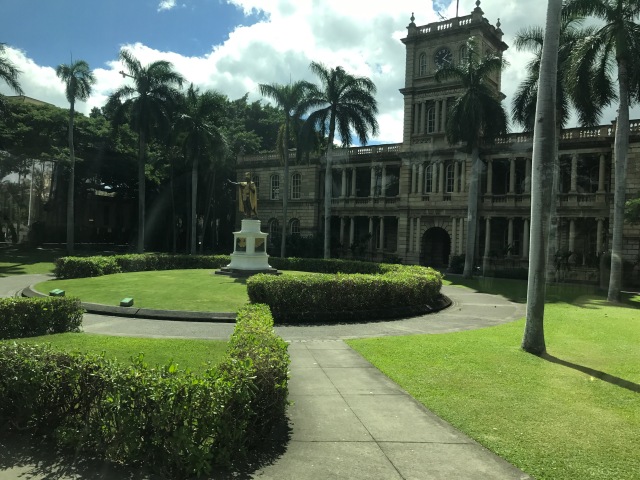 Tomorrow we go to the island of Kauai and are doing a tour with just 6 other people.  The weather has been spectacular so hope it continues!

This entry was posted in Excursions, January, World Cruise 2. Bookmark the permalink.