For so many years, Americans could not visit Cuba, so we were really looking forward to exploring as much as we could in the one day we have here.  Maybe it will join the list of places we want to come back to.

Havana is the capital and largest city of Cuba which is located just 90 miles from Key West, Florida.  It was founded by the Spanish explorer, Diego de Velazquez on the southern coast but was relocated in 1519. It grew as one of the busiest and wealthiest commercial center in the Western  Hemisphere until the 1959 revolution.

Today the city is home to about 2.5 million residents and remains much the way it was at the time of the revolution but now tourism is allowing some upgrades.

As we came into the port in the morning, on one side of the ship we could see a massive fort and on the other side, the city landscape.

Our tour was a walking tour of Old Havana. There is an interesting mix of architectural styles here and many of the buildings in the main squares have been or are in the process of being renovated. I took so many pictures and I will only include a few highlights since it takes so long to upload pictures here on the ship.

We started the tour with our guide, Vladimir. Yes, that’s right! He said when he was born in the 60’s it was common for people in Cuba to name their children Russian names.

The terminal building is right next to the first plaza we visited, the historic Plaza de San Francisco de Asis, created in the 16th century when the Spanish ships stopped on their passage to the Indies. It underwent full restoration in the late 1990s.

We walked through Old Havana to three more historic squares. The Plaza Nueva was originally used for military exercises but is now an open air marketplace where there are many bars, restaurants and cafes. One side of the square has an elementary school and many classes were having their phys ed classes in the square. 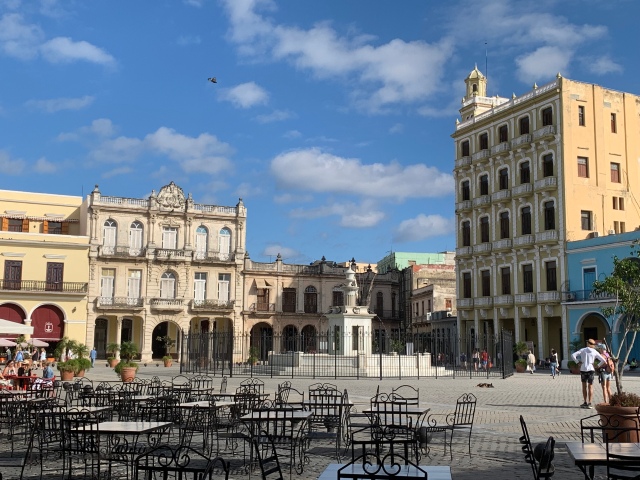 The city of Havana was named a UNESCO World Heritage site in 1982 and a lot of the restoration was done since that time. Here are a few more shots of the city and its sites. 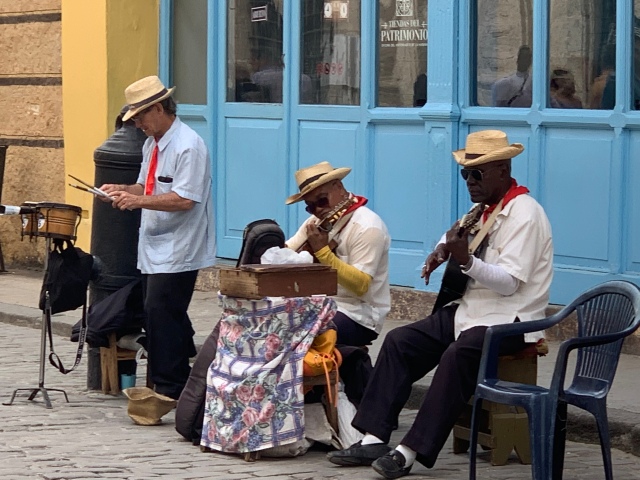 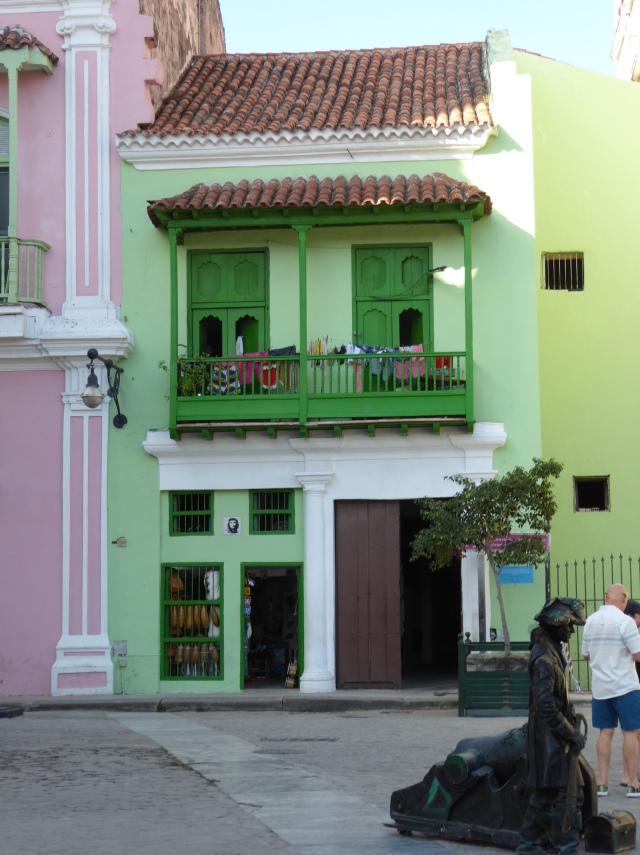 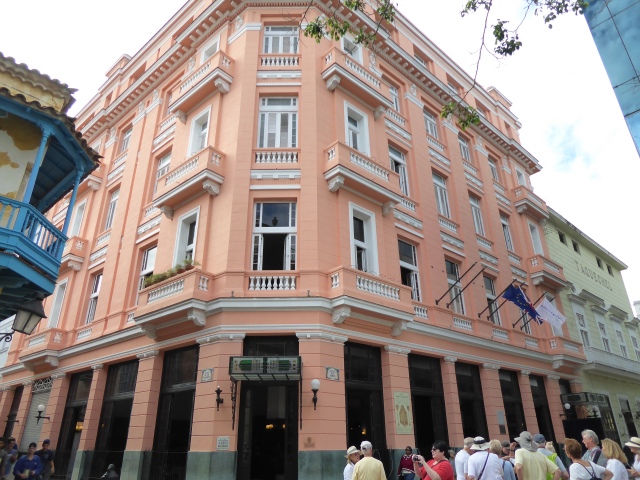 Of course, you know that we love statues and signs. Here are a few that we spotted during our wonderful walking tour. 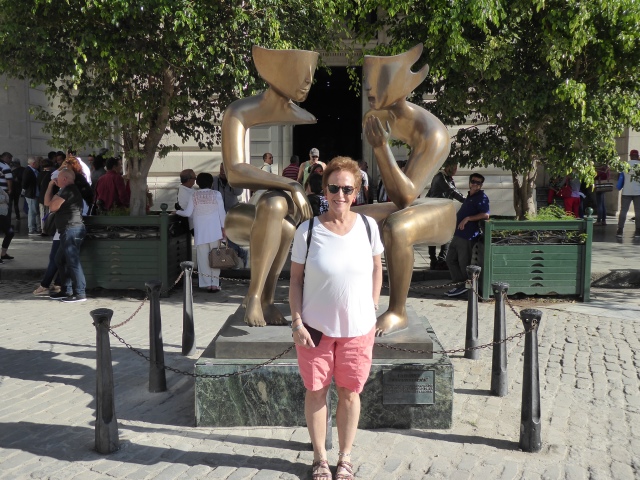 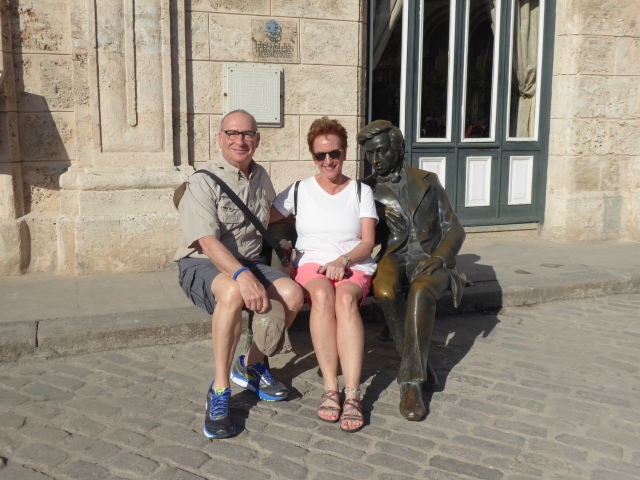 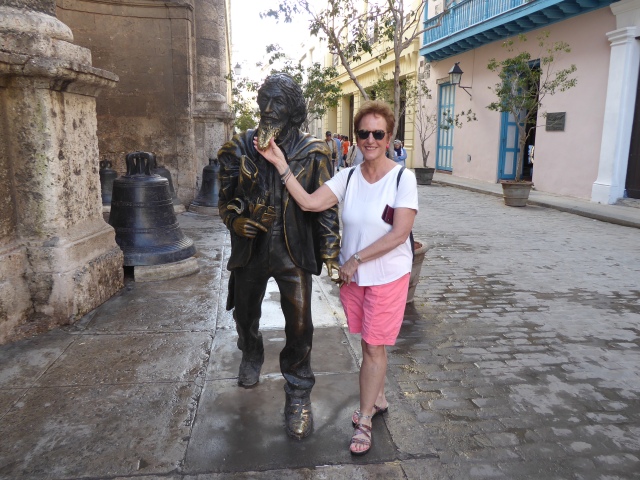 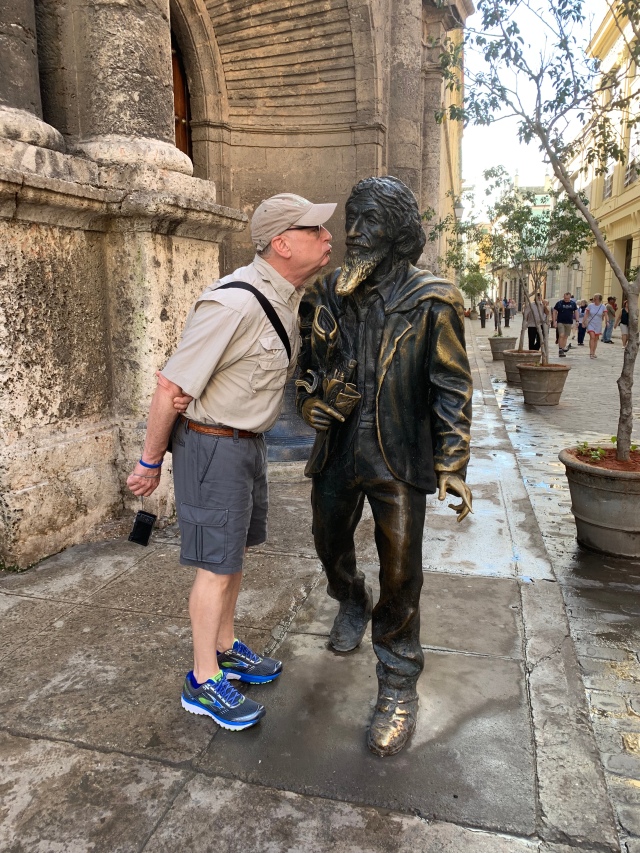 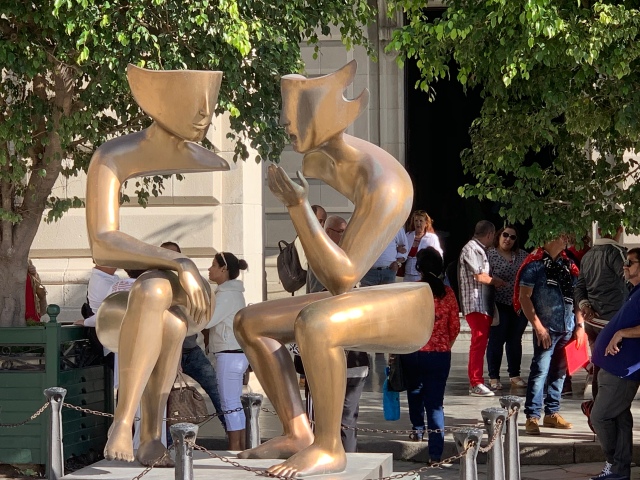 The last one is a fake – one of the people that poses as a statue!

Our guide took us to a shop where we bought some rum – it is a must here!

We also visited a large craft market – many artists and a lot of booths selling everything from t-shirts to leather goods.

Havana is known for the old cars. You see all kinds in really great condition. There are also horse drawn carts here. In the afternoon we hired one of the drivers in an old 1955 Ford Fairlane. He took us outside of the historic area and really explained a lot of Cuban history. BC and AC, as they call it – before Castro and after Castro. The revolution in 1959 changed everything for the country. In face we passed under the overhead gate to Chinatown, where our guide, Homero, told us there are no Chinese people and no Chinese restaurants. When they knew the revolution was coming, they already understood Communism so they all left the country and never came back. 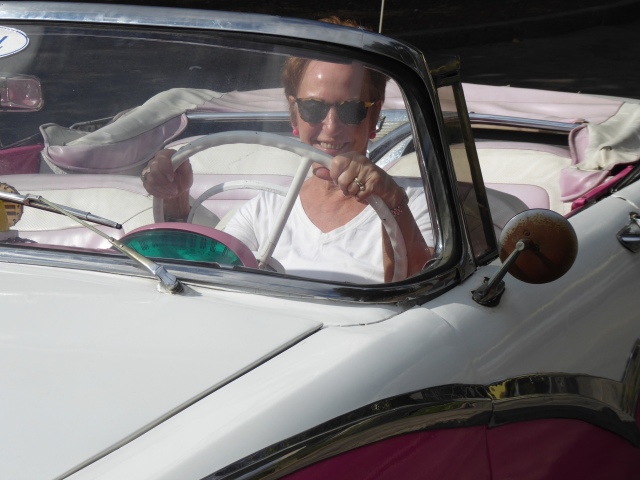 Here are some of the other cars and carriages. 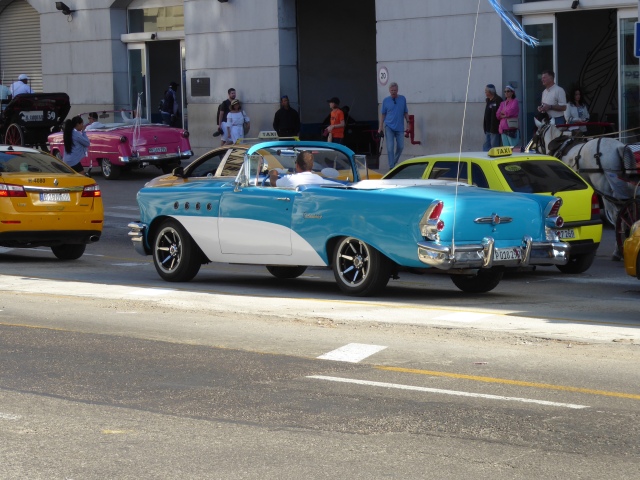 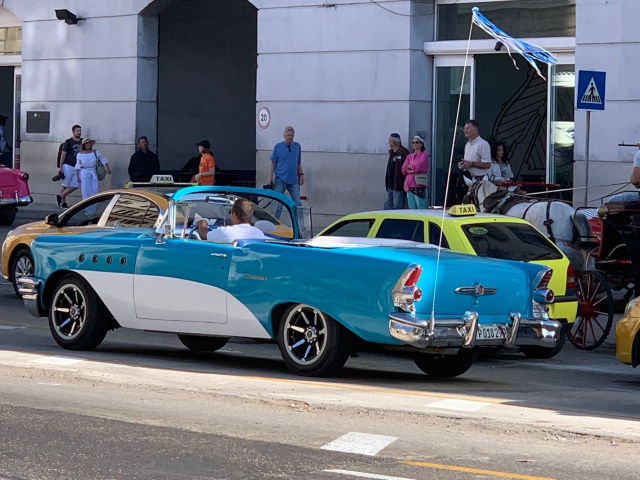 Havana is celebrating its 500 year anniversary this year and there will be many celebrations.

There are travel restrictions here and we were told that we needed their currency, but we found that many vendors gladly accepted American money. We booked this trip before June of 2017 when more restrictions were imposed, so we didn’t have to be concerned but they gave us many papers on the ship which explained what you could and could not do. There are no US products here – no Starbucks, McDonalds, etc. They do not sell guns here and crime is rare. All of the people we encountered were really friendly and helpful.

You can see that the building adjoining the terminal is in first stages of renovation.

Another sight is the 65 foot tall El Cristo de La Habana, only forty years old. It is made of white marble and stands 65 feet tall. It was inaugurated on December 25, 1958, just days before the revolution.

We saw the bar that was the favorite of Hemingway when he lived here. There was also quite a mob presence, including Lansky. One of the Godfather movies was filmed in his hotel. Our driver also took us through the botanical garden, a kind of rain forest area and the Revolution Square. 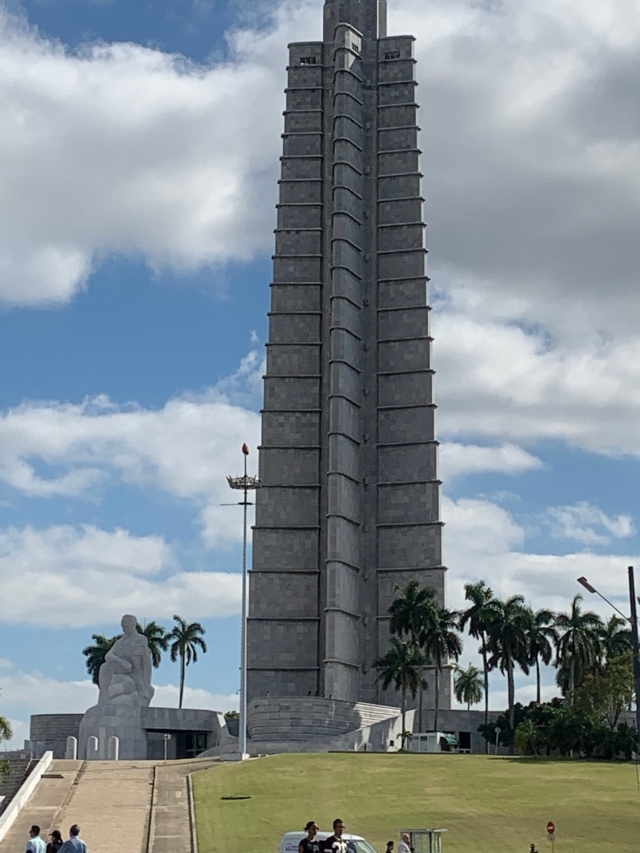 Wonderful day – would really like to plan to come back and see more of the country.

This entry was posted in Caribbean, Excursions, January, World Cruise 3. Bookmark the permalink.