We have been to Malaysia before but never to the city of Kuala Lumpur.

We arrived in port at about 10 AM and that is when our tour started.  There were some local boats in the water near our port. 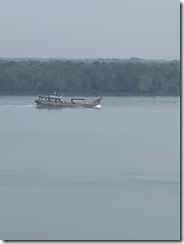 Ruben was our guide and he was very informative about Malaysia as well as the city of Kuala Lumpur (Kuala means estuary and Lumpur means muddy).  He told us there are not 4 seasons here but 4 kinds of weather.  Hot, very hot, wet and very wet!  It was hot today and later turned wet!

Malaysia has a history of being occupied by many countries over the years and got its independence from British rule in 1965.  It was ruled by sultans and there were 9 of them.  They were deciding who would be the king and they decided to rotate the title among the 9 of them with 5 year terms for each. Only one did it twice and he is the only one left, he is in his 80’s.

This is a constitutional monarchy so the king doesn’t have much power, he does choose the prime minister (there is an election and generally that is who he chooses, but he doesn’t have to), and he also is the chief of the armed forces.

They have very rich oil and gas resources and it is their top source of income.  Gas here is only 50 cents/liter.

The country is primarily Muslim but is considered a secular country.  The population is 32 million.  They can have 4 wives but most men can’t afford to- only if all the wives work. The average skilled worker makes about $500 US/month.

It took us about an hour and a half to travel to Kuala Lumpur from Port Klang where the ship docked. The city of Kuala Lumpur has a population of 2 million.

Since today is Friday, it is a Muslim holy day and the mosque area would be crowded in the morning, we started the tour at the Central Market and Petaling Street, Kuala Lumpur’s Chinatown. We enjoyed both but didn’t buy anything there. This vendor was roasting chestnuts. 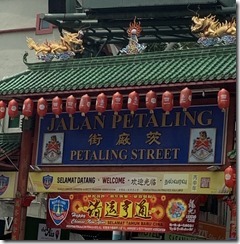 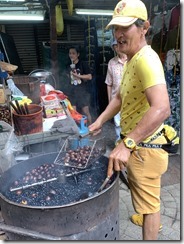 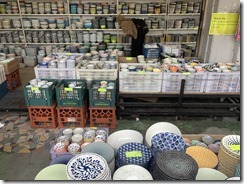 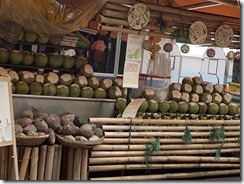 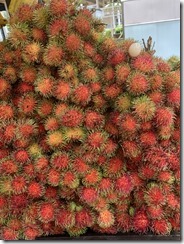 Our next stop was to the Petronas twin buildings, the tallest twin buildings in the world. The Art Deco inspired towers rise 1483 feet.  Unfortunately the tours to the top were closed until 3 because of the holy day and everything after 3 was already booked, so we couldn’t go to the top.  It was interesting to see the buildings from the outside, though and there is a double decker sky bridge connecting the two buildings at the 41st and 42nd floors!

The buildings are attached to the Suria KLCC which is a modern 6 level shopping center.  And it is amazing.  Every high end store you can think of is here, from Gucci to Marks and Spencer and everything in between.  We were with Tom and Alice who joined the ship yesterday and will be with us till Rome.  We loved walking around and had a nice noodle lunch. They even have a gentlemen’s lounge! 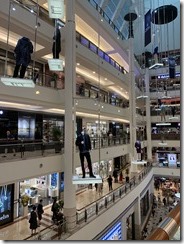 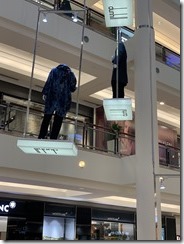 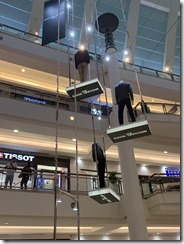 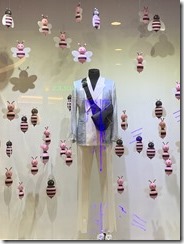 After shopping and lunch, we drove to the National Mosque and the Old Railway Station. At this point we were well into the “wet” part of the day, so most of my photos are from the bus. We weren’t allowed to visit inside the mosque on a Friday anyway.

The mosque was built in 1965 and has a star shaped dome representing the 13 states of Malaysia and the five pillars of Islam.

This is the Old Railway Station. It was built in 1911 with Moorish architecture.

Kuala Lumpur is a big, modern, clean city and has a lot of colonial architecture that is really nice to see. 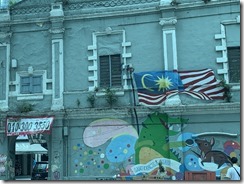 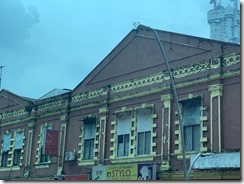 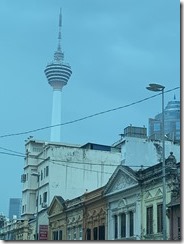 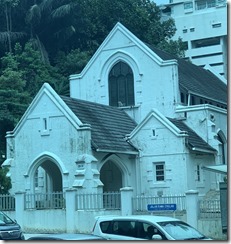 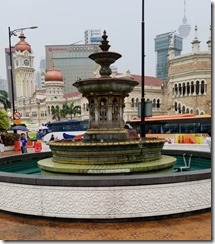 The last buildings and fountain are at Independence Square.

Here are a few other sights.  Yes, lots of motorbikes here. 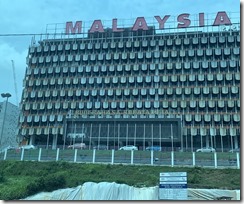 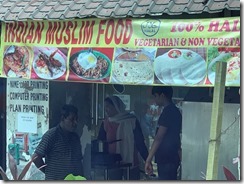 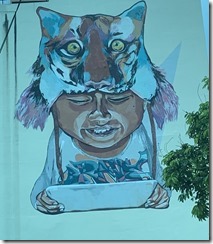 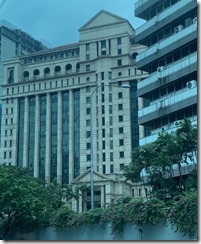 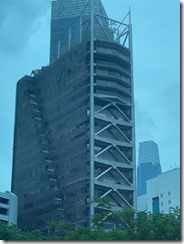 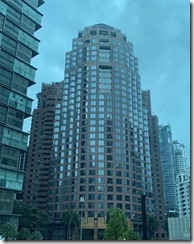 The hibiscus is their national flower and you see them on the light posts.

We made it back to the ship after we were supposed to be on board – an advantage of booking a ship sponsored tour – they have to wait for you!