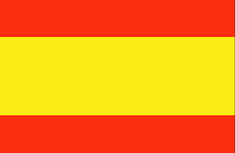 We docked in Gijon, Spain this morning, the port is a very industrial place, nothing of interest to see here at the port, but the town has an older section.  We went on an excursion to Aviles, a town about 20 minutes from Gijon.

Aviles is a industrial city in the midst of a cultural transformation. Oscar Neimeyer designed an international cultural center in the Brazilian style. It is a very futuristic building which really contrasts with the medieval 12th and 13th century buildings in the old town. 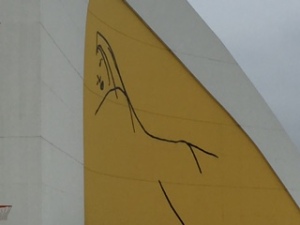 This part of the building is yellow to signify Brazilian beaches and the art is a woman reclining on the beach. Look carefully! 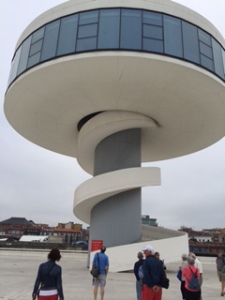 We saw the 13th century Church of Sabugo and the municipal palace, as well as lots of charming old buildings in the “poor” section of town and then the “rich” section. We had a stop at a bakery where we sampled two of the local pastries, one was very much like a challah and one like a small cake with sweet icing.  We had our coffee there, outside on a square. 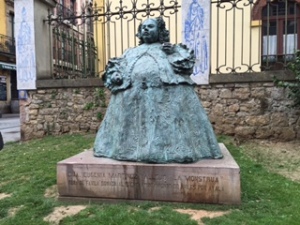 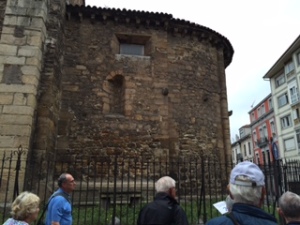 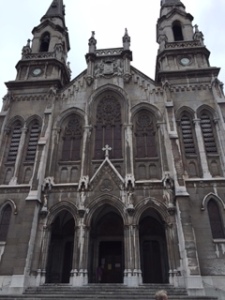 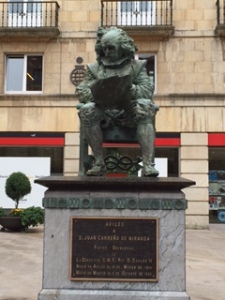 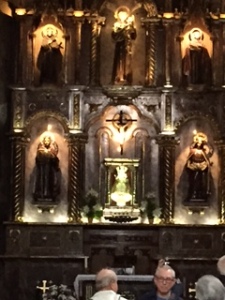 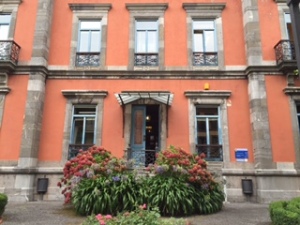 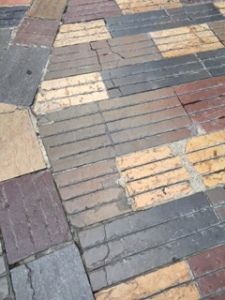 The streets are paved this way, very different from the cobblestones we have seen.

Later, after more touring in the old city, we stopped at a traditional “llagar” where the outstanding apple cider made in the Asturias region is served.  We had three kinds of the fermented cider, known as “sidra” which is poured from a bottle held high overhead so it aerates on its way to the glass which enhances the flavor and aroma.  With the cider, we had local cheeses.  Delicious!   There was singing going on and sawdust on the floor to absorb the cider that escapes when pouring from such a height.  We sampled the one that is drunk the most in the pubs, which is meant to be swallowed in all one drink, one that is more like a wine, and one that is like the sparkling cava.  I liked the sparkling one best. 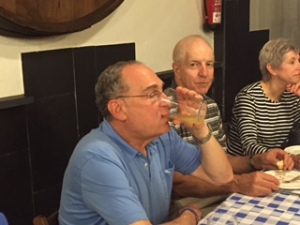 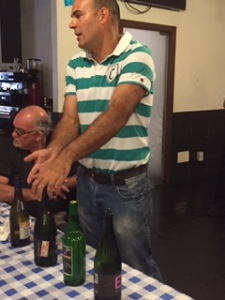 The display of the different bottles 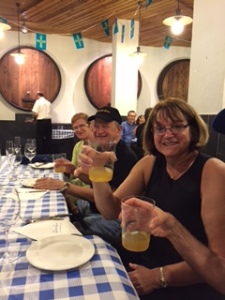 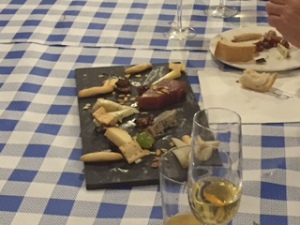 The cheese plate after we devoured most of it 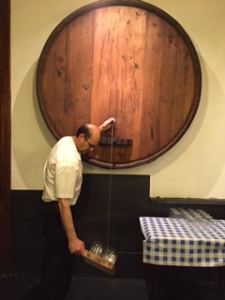 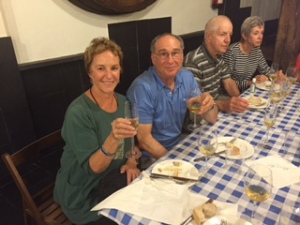 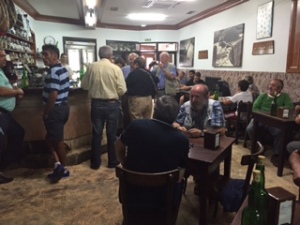 This town is also on the Santiago de Compostela and there is a small ceramic marker to signify that. 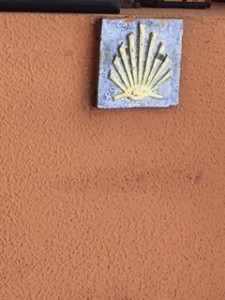