We arrived in Maputo under cloudy skies and thought it might rain (November – March is the rainy season), but it turned out to be a beautiful sunny day, perfect for our walking tour. Our ship docked very close to town and we were met on the pier by our guide, Italia.

First we saw the captain and executive chef, Mario, with a van full of fresh fish from the market. Mario said he will be serving it in the dining room tonight.  Yum! 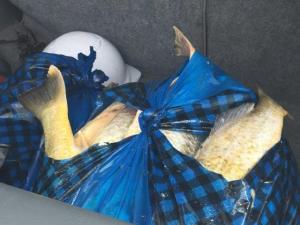 Mozambique has strong Portuguese roots and the language here is mostly Portuguese and the religion mostly Roman Catholic. There are some Muslims due to the Arab traders who also settled here.  This hybrid of African and Arab created the culture and language called Swahili.  The culture still predominates, especially in northern Mozambique.  Italia says that the north is where the oil is and is much richer, causing constant tensions between north and south.  Now 2.5 million of the 23 million people live in Maputo.

There is a lot of poverty here and many people only have enough food to eat one meal a day.  The unemployment rate is 23%. They had almost a 70% rate of HIV and a lot of malaria, but strides are being made in the health of the people and the HIV rate is down to 11% now.  There are governmental efforts to eliminate both diseases.

We walked through a section of town where the “working girls” were in the doorways, Italia said that they are mostly college students who are trying to pay their way through school by working in the strip clubs or as prostitutes.

Our first stop was the Maputo Fort which the Portuguese built in the 19th century atop an earlier mud and pole stockade – to defend against pirates  It was also used by Dutch slave traders.  The fort houses the remains of the last chief of the Nguni tribe, who ruled over the independent African kingdom of Gaza which is now southern Mozambique. 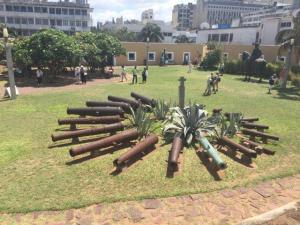 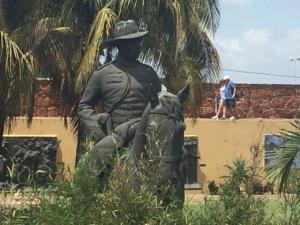 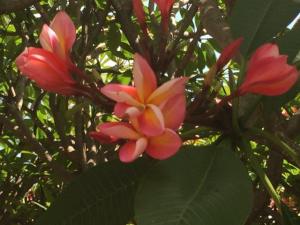 Italia demonstrated the use of the capulana, the colorful cloth that women use as sarongs as well as head coverings and baby carriers! 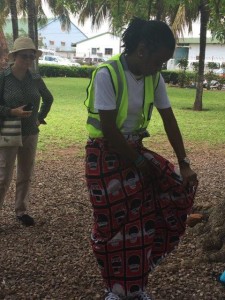 We then walked to the Cafe Continental for a soft drink, expresso or coffee and a delicious Maputo delicacy – a pastry, “pasteis de nata” which originated in Portugal. It is like a custard tart in phyllo. 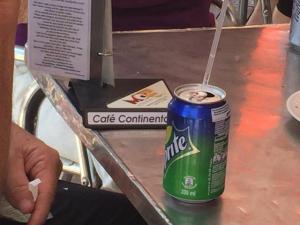 Next was the Central Market where Italia showed us some of the foods that the people use every day. The market was filled with stands of fruits and vegetables, tropical nuts, colorful spices and fresh and dried fish. Very interesting were the stands that had lots of hair extensions, more than I have ever seen!

One of many shops selling the hair extensions 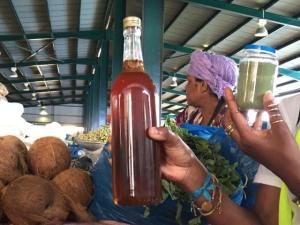 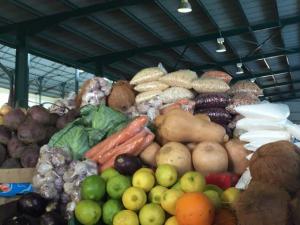 The Maputo Railway Station was designed by architects Alfredo Augusto Lisboa de Lima, Mario Veiga and Ferreira da Costa, and built between 1913 and 1916. It is often mistakenly attributed to Gustav Eiffel of Eiffel Tower fame, but was actually not designed by him – but by these associates. We took photos from the outside but didn’t enter. It was named as one of the world’s most beautiful railway stations by Architectural digest.

Statue across from the train station, dedicated to all who died in the wars (all races and religions) 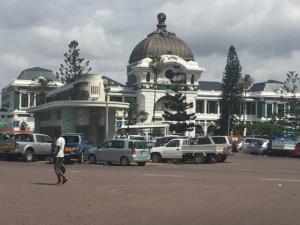 We also passed by this Mosque. 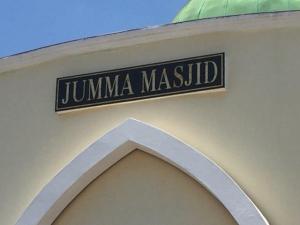 After an interesting day, back to the ship to relax and then on to Richards Bay, South Africa, tomorrow and then Durban.