Trois Rivieres is located between Montreal and Quebec City.  We were here on our last trip and just loved this town. I  was looking forward to a shop that is an artist’s collective where I bought a very unique and lovely necklace, so that is where our walk took us first.  The sign on the door said ferme on lundi (closed on Monday) and I was so disappointed.  Anyway we continued our walk, visited the beautiful church and did some wifi in the library with its fast service.  We both thought it would be foolish for a shop in a small town like this to remain closed when a ship is in port so we went back to the shop and it was indeed open!

This is really a lovely town. It is North America’s second oldest city north of Mexico. It was destroyed in a fire in 1908 and there are only a few remaining historic buildings. The Ursuline Museum and convent is one of the most beautiful. There is a riverfront promenade and a lot of charming homes, public squares and gardens.  It is also one of the world’s largest producers of paper. 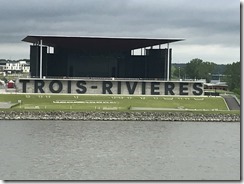 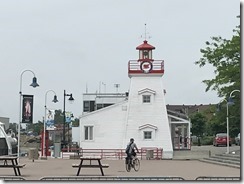 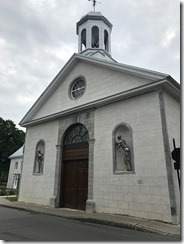 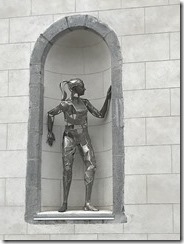 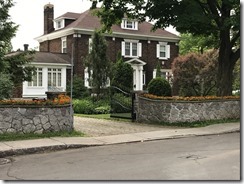 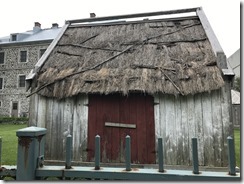 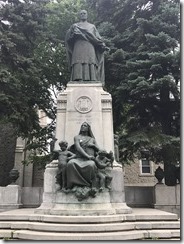 We visited the beautiful Cathedral of the Assumption, built in Neo gothic style and built beginning in 1854,  The organ, inaugurated in 1992, has 70 stops, 101 rows and 5635 pipes! The stained glass windows are especially noteworthy here. There are 125 windows and are considered to be some of the most beautiful ones in North America since they are the originals.  Guido Nincheri was the renowned artist. 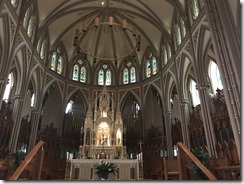 We did a nice long walk and then went back to Ema, the shop with the work of 30 artisans.  As usual, many beautiful displays and especially jewelry.  I did purchase another necklace by the same artist as last time. They also had a display of unique sculptures made mostly of silverware and serving utensils.  Very interesting.

There was a man playing an organ  outside on the street.  And we were very intrigued by these mini gardens on that street – mostly containing vegetables and herbs! 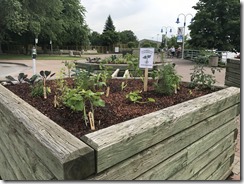 We had a nice lunch at a sidewalk cafe, then went back to the ship to prepare for our evening’s outing. 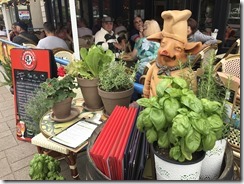 At about 6, we left for an evening at the Sugar Shack.  Our entertaining guide was Jean Pierre and he had lots of stories to tell.  One was about the French women that were sent over to marry the men of the region (they were called filles du roi).  France sent 700 women but only 3 ended up marrying men from Trois Rivieres – he said it was because the men weren’t the “marrying kind”!

We had a fun time at the Sugar Shack.  We learned that 80% of the world’s maple syrup and products comes from this region. We saw their tiny production facility and heard that it takes 40 gallons of sap to make one gallon of maple syrup and that the conditions must be just right temperature wise.  Also that there are many varieties of maple trees but only 3 produce the sap that is used.

We had an entertaining accordion player all through dinner and Toby and I even did a polka!  We had a traditional regional dinner – bean soup, ham, baked omelet, meat pie, beets, baked beans and pancakes.  We were told to add maple syrup to everything! And the maple syrup was delicious. 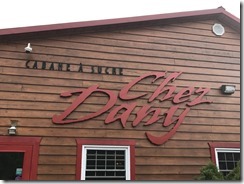 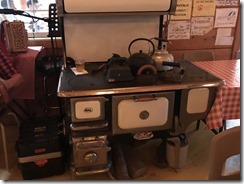 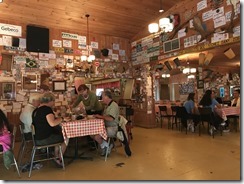 Some people were in a sugar coma!  Fun evening.

Before leaving, we had a taffy pull and sampled the maple sugar taffy. 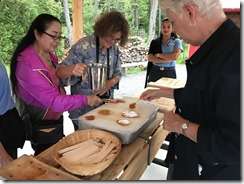