As our cruise director jokes, we are in Porto Bello, home of the mushrooms.  Not really.  Porto Bello is a quaint fishing village on the southeast coast of Brazil. The harbor is shallow so we had to anchor and take the tender in to town.  It has many beautiful beaches and the main sources of income are tourism and fishing.

We went on a tour of Blumenau which is about 62 miles from Porto Bello. This city has a population of 350,000.  On the way we passed through many towns and cities as well as lush farmlands.  Our guide told us that inflation here in Brazil is 5% but corruption is 90%. We also learned that the word for thank you is obrigado when a man says it and obrigada when a woman says it!

One of the towns is noted for over 5000 factories that make bikinis, lingerie and nightwear.  We passed a lot of shops that sell the beautifully printed garments.  Minimum wage here is $300/month and we heard how hard it is for people to live on that amount.

This building is the tallest in Brazil. 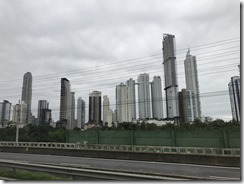 Blumenau is the place that the first German settler to Brazil, Otto Blumenau, made his home in the mid 19th century.  It is definitely a place of German influence and we enjoyed walking through the streets and visiting several sites. The buildings are half timbered and many do not have any nails used in construction.

First we visited the beer museum.  Here we saw the way they made beer in early days.  There was an impressive display of steins.  And we learned that the second largest Oktoberfest is held here at the Bavarian Biergarten Pavilion every year – 700,000 people attend.  The largest is in Munich. 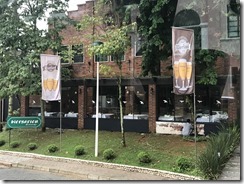 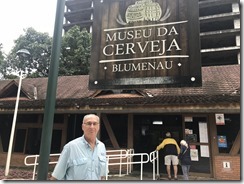 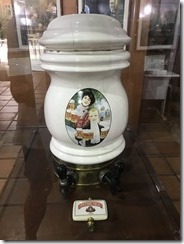 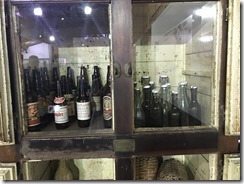 The Colonial Family Museum was next.  This gave us a glimpse into the lives of the early settlers. This town is next to the Itajai-Acu river and in 1983-84 there was a devastating flood which destroyed much of the town – 80% of the town was underwater. 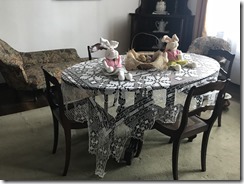 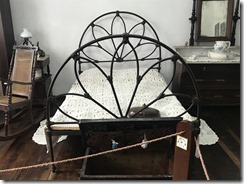 We had a walk through the cat cemetery (the owner of all the cats cared enough to bury them with headstones!) and the mid atlantic rain forest located right in town.  The temperature here is at least 2 degrees Celsius cooler than any other part of town! 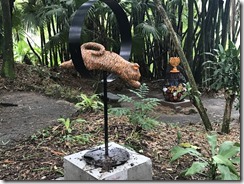 We had lunch at Park Blumenau – it was a combination of Brazilian and German food and quite delicious.

We had some free time to wander through the German village (which is sort of like a tourist attraction and not really like an authentic German village) but it was fun to see all of the Easter decorations and lots of huge bunnies. 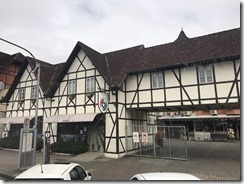 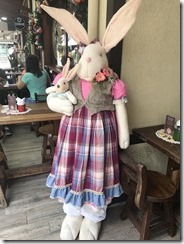 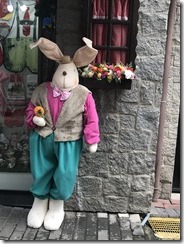 We saw the city hall which is a perfect square. And this pretty flower clock. 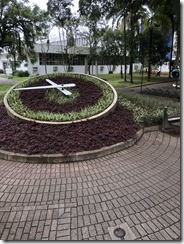 Of course, a couple of kids playing, the first had a superman cape on and the second had a spiderman shirt.  Guess superheros are big here! 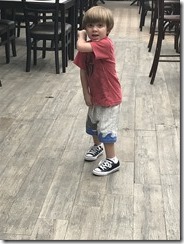 We had a nice view of the skyline – mountains and high rises in the distance, and plenty of clouds.  Rain was predicted but it didn’t happen.

In our room we heard lots of commotion – and looked out to spot this group on the pirate ship.  I am sure much drinking was going on!