Our day started with the view from our balcony. Although we are in Aqaba, Jordan, the view across the water was Eilat, Israel.

We were amused by the crows at the Terrace Café when we were eating breakfast.  They came right up on the railings and when no one was around they flew in to the trays of used plates and flew off with whatever leftover they could find! 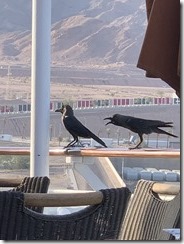 The two main must see sights near here in Jordan are the incomparable Petra and also Wadi Rum.  We have seen both on previous trips and they are truly amazing. Petra is a wonder of the world!  So today we are doing something completely different.

We went on a yacht for snorkeling in the Red Sea, it was a tour set up by Lori and Mark – we met them on the 2015 World Cruise.  There were just 12 of us and it was a terrific day. As we traveled out to the first snorkeling spot, we were in full view of three different countries: Jordan, Israel and Egypt.

Our guide was Paul who was from the UK.  The captain and all of the other crew were from Jordan. 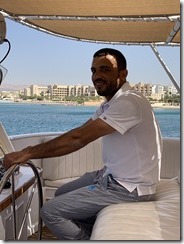 The yacht was spacious enough for about 50 people easily, so there was so much room.  The first floor had plush sofas and this is where they had our lunch buffet. No wet bathing suits were allowed in there.  The second floor had surround couches in the covered area with two outdoor areas, one had relaxation mats on the deck.  Very comfortable. 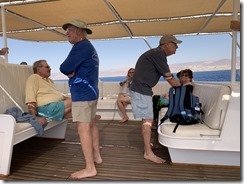 It took about 45 minutes to get to the first snorkeling spot.  Here are some of the sights along the way, including our ship. 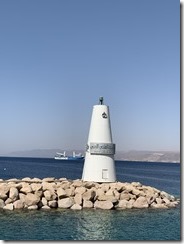 The airplane in the above picture will be put into the water so that divers and snorkelers will be able to view it. 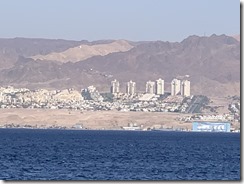 The two pictures above are of Eilat, Israel and the one below is of a hotel in Egypt just across the border from Israel. 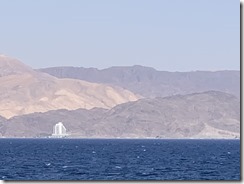 There are a lot of beautiful resorts on both sides.  This one is on the Jordanian side.  Look at the color of the water. 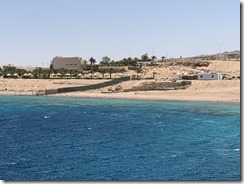 The first snorkel spot had a very strong current, lots of wind and only two people went into the water – Norm was one of them.  Both thought it was much too difficult for snorkeling.  They got pushed so far so fast that they both came back right away. The crew threw out a life preserver on a rope to assist them in getting back to the boat.  So we moved on to another spot.

The snorkeling was just beautiful.  I have video on my go pro, which won’t load on the ship, and Norm took these on his waterproof camera.  The water was cold when you first went in but so very clear. 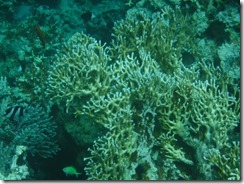 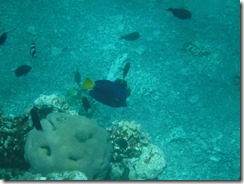 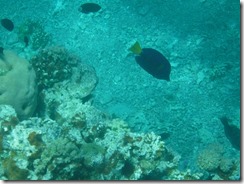 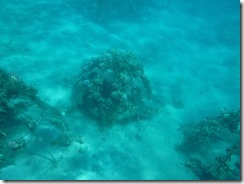 Of course, pictures never do justice to the beauty you see underwater. We saw more varieties of fish here than I have ever seen before. They have some wire cages and other areas where they are encouraging the growth of coral, the last two pictures above show two of them.  We also snorkeled over a ship wreck after lunch, but I didn’t take my go pro on the later snorkel and Norm was already back on the boat.

A really wonderful day, great lunch, fun friends and quite a comfortable way to spend a day that was 104 degrees!

Here are some pictures from the return trip in the late afternoon, all on the Jordanian side. The mountains were such beautiful colors and the container ships are HUGE. 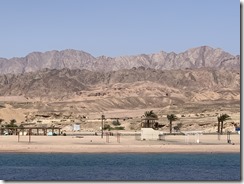 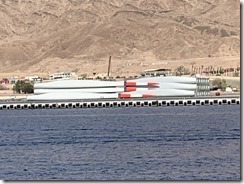 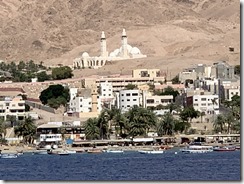 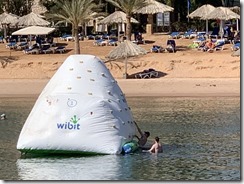 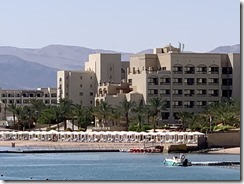 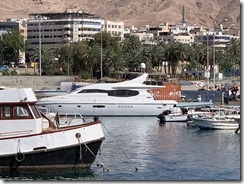 Some of the friends having wine on our return. 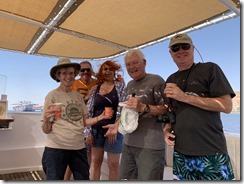 Here is the man who helps the boat get tied up on the return.  Had to snap this shot.

Well, we had been looking forward to our trip to Luxor and Cairo tomorrow and Thursday.  We had been assured that in spite of the bombing in Cairo, the trip was still on and we had packed since we were leaving at 9 tomorrow.

At 9:20 PM tonight, I was in the casino and Norm came in to tell me that he got a call that the Luxor /Cairo trip was cancelled.  The bombing in Cairo happened 3 days ago so we don’t know why they only let us know so late tonight, but anyway we are not going – there were 66 people signed up for this trip.  They offered just the Luxor overnight to anyone who had been scheduled on the first trip, but we did that one last time we were here, so we will just explore Safaga tomorrow and have a nice leisurely dinner with 2 couples, Mark and Lori (who we went snorkeling with today) and John and Donna from New Zealand.

Disappointed but of course safety is first, we just wish this decision had been made a day earlier before we packed and got everything ready for the trip.

This entry was posted in Asia, Excursions, May, World Cruise 3. Bookmark the permalink.