This is the first time that the Insignia has come to Liverpool.  This is a big deal in these ports and the mayor of Liverpool will be coming on board and there will be a big ceremony. Ray says they might even do fireworks as we leave, but since we leave at 7 PM it will still be light out, and we aren’t counting on it.

They are really improving the port for cruise ships here and they intend to become an embarkation port like Southampton.

Our tour today was to North Wales and Conwy Castle.  We had never been to Wales before so were eager to go.

Our guide was Roberta and she was really wonderful. Very knowledgeable about Wales – she lives there – and she taught us a lot. 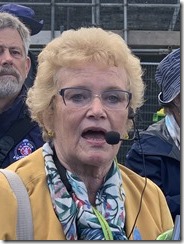 First of all, we sailed in on the River Mersey.  Remember the song – Ferry Cross the Mersey  by Gerry and the Pacemakers – well this is it.  She told us that Liverpool means muddy pool, and the color of the river is how the city got its name. 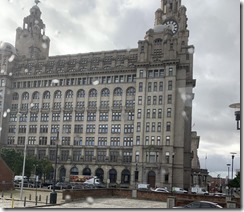 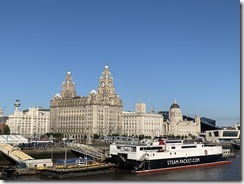 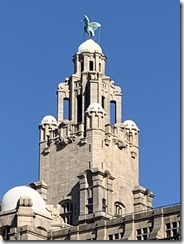 There are a huge number of wind turbines here – as far as the eye can see in many directions.  It is the largest wind farm in Europe and it provides electricity to 400,000 homes and businesses. The UK is very committed to alternative energy sources and wants to reduce the CO2 level by 2020.  They are working on wave power as well.

Our main destination was the Conwy Castle. We drove through the beautiful Welsh countryside and noted that there are huge numbers of sheep here. Roberta told us about the drovers who took money from the sale of livestock from place to place.  Because it was dangerous to carry money in those days, the drovers were the ones who came up with the banking system so that they could deposit money in one place and withdraw it from another.

Also the road signs and most other signs are in English and Welsh.  Good thing there is English because this Welsh language has us scratching our heads! 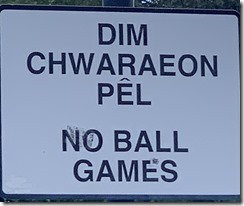 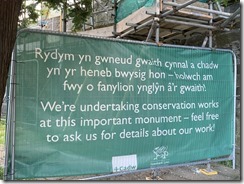 The castle was built in 1283 and is huge and impressive. It is one of the finest medieval fortifications in the United Kingdom and is a UNESCO World Heritage Site.   Its two gateways and eight stone towers sit on a rocky outcrop making the castle look impenetrable. 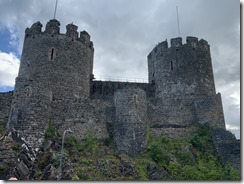 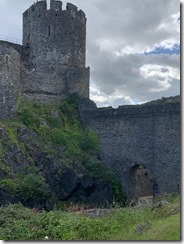 It is in ruins now,  but it is still striking.  There are two bridges that bring the road and railway into town.  The covered one is the train bridge.

From the castle runs the original medieval town wall which is 1400 yards long and has an average height of 30 feet. The wall is largely intact all around the town and has 21 towers and 3 gateways. We did climb up into the tower area and got some nice pictures of the area.

Here are some pictures of the castle, the wall, and the village. 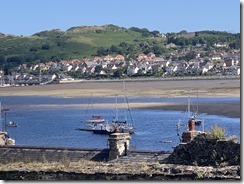 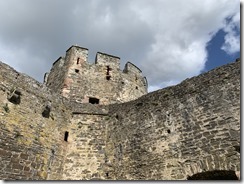 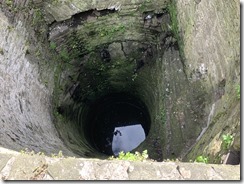 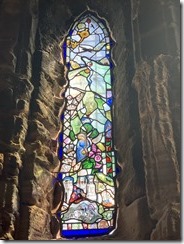 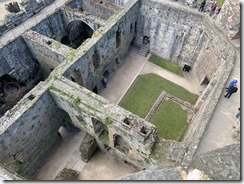 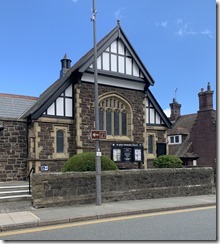 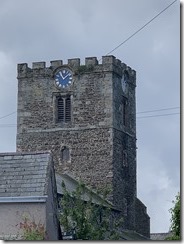 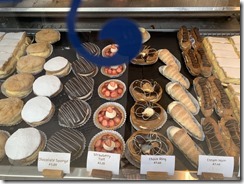 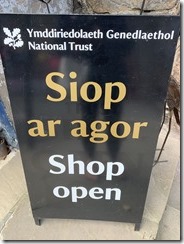 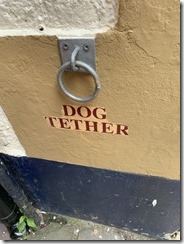 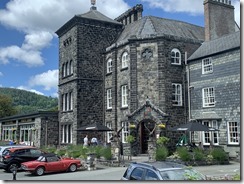 The smallest house in Great Britain is here!

We also visited St. Mary’s Church which dates back to 1172 –  and spent some time with one of the volunteers who showed us around.  One distinctive feature of the church is the carved mice in two places in the church.  This was a signature of the artist – Robert “Mousey” “Mouseman” Thompson. 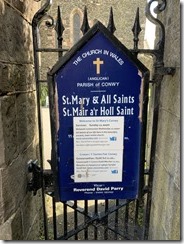 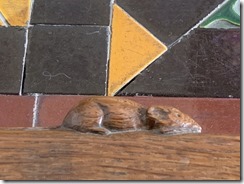 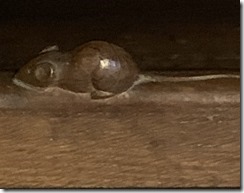 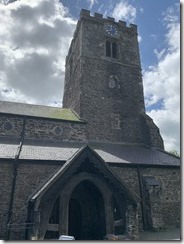 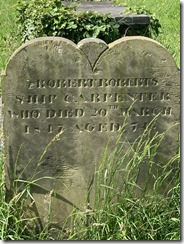 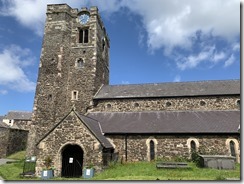 After our time at the castle and in the town of Conwy, we went on to the village of Betws-y-Coed where we had lunch at the Waterloo Hotel and then had time in the charming village. 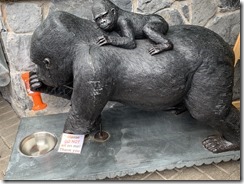 The weather has been practically perfect this whole trip, and today was no exception.  Just over 60 degrees and sunny.  Everyone says how much rain they have had, but we didn’t encounter any at all!

Of course, Liverpool is all about the Beatles, so before we went back to the ship, we went to see the statue of the Fab Four. 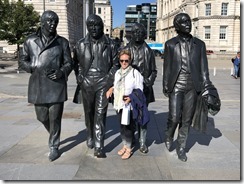 This entry was posted in Europe, Excursions, June, World Cruise 3. Bookmark the permalink.