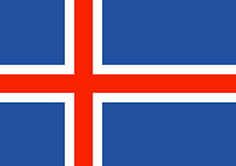 Wonderful trip to the Blue Lagoon last evening(August 4). We left at about 6:30 and stayed until 10. The sunrise was at 4:27 and sunset at 10:47, so we saw it from the bus.  I snapped the picture from the bus, so it isn’t the greatest, but you get the idea. 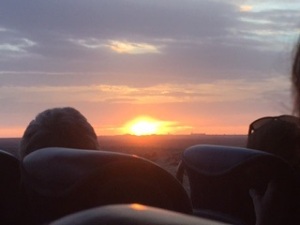 They have a unique system at the Lagoon (which is a renowned geothermal spa)  You get a magnetic bracelet which lets you in the gate, opens your locker and also serves as payment for the cocktails you get while immersed in the water – it records your purchases and you pay on the way out.  Now why don’t they do this in the US?

We loved the experience and even used the white silica mud which is supposed to have positive effects on the skin. Of course the bus driver said we all looked younger when we came out. 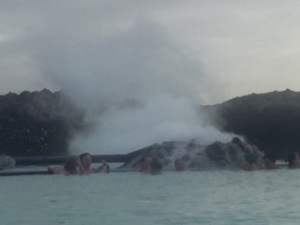 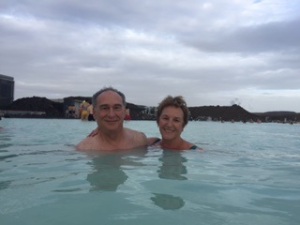 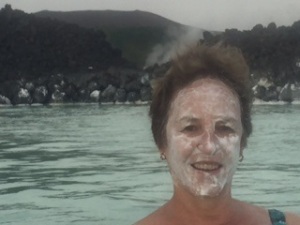 August 5 – we had the same tour guide that went with us to the Blue Lagoon.  His name is Petur, and he explained the Icelandic way of naming.  His father is John, so he is Petur Johnson.  His son is David Peturson and his daughter is Tora Petursdaughter.  Women don’t change their names when they get married, and the phone book lists people by first name! 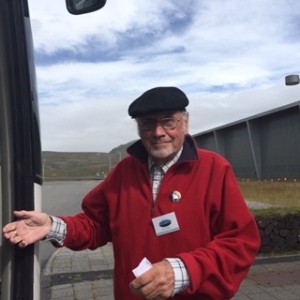 We went on a green focused tour today – first to the Hengill Volcano – it last erupted over 2000 years ago but it is still active. Petur says there are small earthquakes almost every day but they are really undetectable.  Still the houses are concrete and not very high so they won’t crumble if an earthquake hits.  We learned all about the numerous hot springs, and visited the town of Hveragerdi where we had lunch at a geothermal restaurant, all the food prepared using geothermal energy.  We toured the hot springs area and the greenhouse and I put my feet into one of the (very hot) springs. 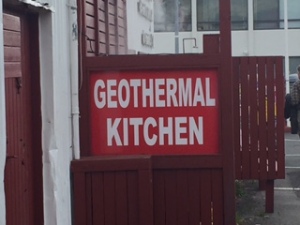 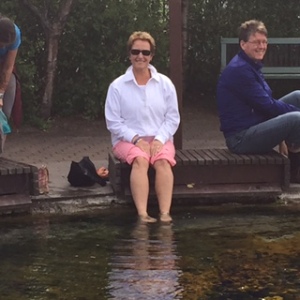 We also visited the Hellisheidi Geothermal plant – incredible that only 5% of the economy is based on fishing now, most of the economy is from energy, big industries are relocating there because it is so cheap.  And these plants supply 95% of the energy needed in the whole country so it is inexpensive.  But goods are very expensive here. 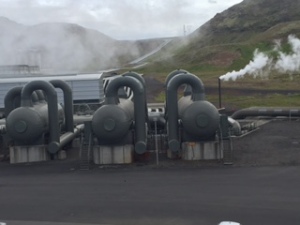 Also visited the UNESCO World Heritage Site of Thingvellir, where the world’s oldest existing parliament was formed in the year 930.  The fault (between the American and European plate) the runs through Iceland is very visable here. Also, it costs 202 Icelandic Krona (1.50 American) to use the restroom, but the tour guide gave us tickets! 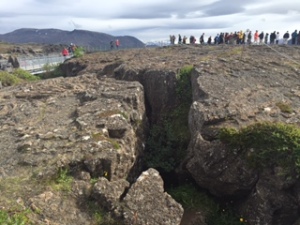 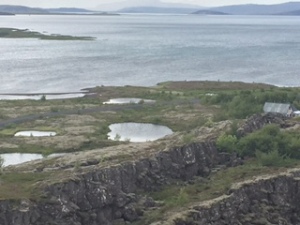 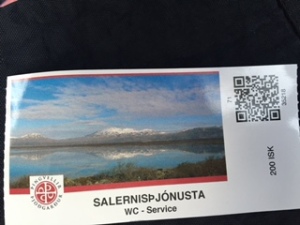 Then we went to the city and explored it – a whole area devoted to Gay Pride, the Harpa Opera House and of course, the most famous hot dog stand! 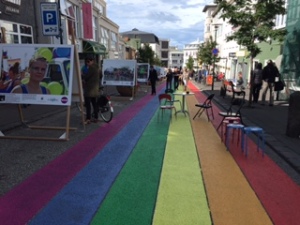 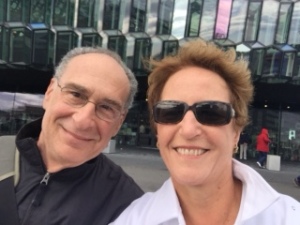 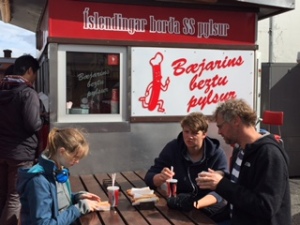