Posted on December 8, 2015 by patmathews

Last evening we had a dinner in Polo for the world cruise passengers.  As in other special dinners, each table had a member of the senior staff as a host.  We had Alper, the executive concierge who was with us when we started in Miami, off for 2 months and is now back. He is from Turkey but now lives in Iceland.

Some people think the meal was the best we have had yet – and it was fabulous – but so is all the food on board.  Here’s the menu:

Fantasy of Roses  – Smoked salmon, beef carpaccio, sword fish on celeriac, cauliflower and apple mousse (it was called roses because the meats and fish were presented on the mousses in rosettes)

The food here is just fabulous – to think that in less than a month, I will have to cook again..

And, here’s a headline – yesterday I won the blackjack tournament!! I was the only woman playing so victory is even sweeter (sorry guys!)

Now on to Luanda, the capital city of Angola and its primary port and major urban center.

Angola is a very diverse country, one that had been involved in a civil war for many years and is still recovering in many ways. It was, like many other countries we have visited, a Portuguese colony, and in fact, the language here is still Portuguese. They gained independence in 1975.

Overall, Angola’s economy has undergone a period of transformation in recent years, moving from the disarray caused by the quarter century of civil war (1975-2002) to being the fastest growing economy in Africa and one of the fastest in the world, with an average GDP growth of 20 percent between 2005 and 2007.  In the period 2001–10, Angola had the world’s highest annual average GDP growth, at 11.1 percent. Oil and diamonds are the biggest exports and China is the biggest trading partner.

We were told how expensive everything is here – a hamburger can cost $32 US and a bottle of wine that might be $5 in South Africa would cost $60 here.  We didn’t buy anything and we had lunch on the ship after our exploration.

We decided to tour on our own today and took the shuttle bus to the downtown stop. We then walked to the fort – Fortaleza de Sao Miguel.  The fort was built in 1576.  It is on a high plateau overlooking the city and there is an amazing view of the city and the surrounding islands. The fort’s interior walls are decked in historic blue tiles that tell the story of when the Portuguese first landed in Angola and the courtyard holds statues of prominent explorers and leaders.  Vasco de Gama was the main explorer from Portugal, we have heard his story in many places.

The first three shots show the diversity of the city, modern high rises and slum like apartments and small huts. 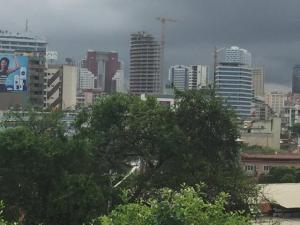 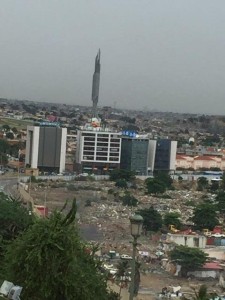 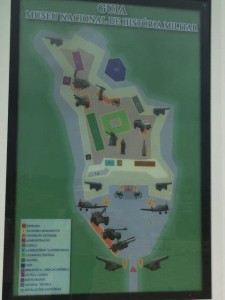 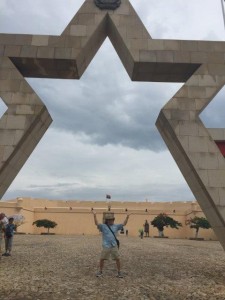 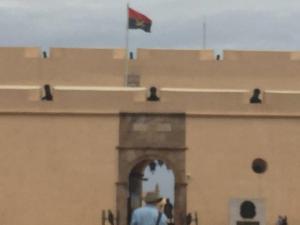 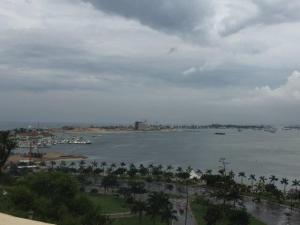 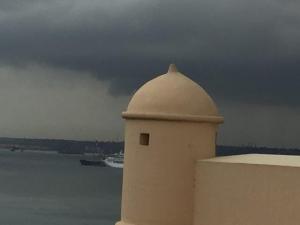 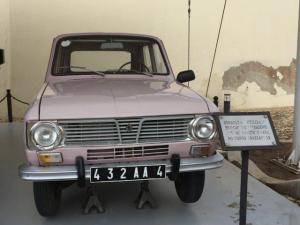 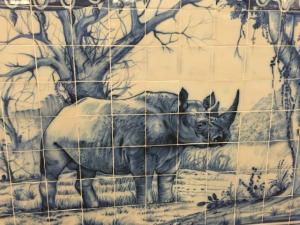 After our walk to and visit in the fort and museum, we walked back downtown in quite a downpour.  The streets were completely flooded and there were cabs offering to take you just across the street! 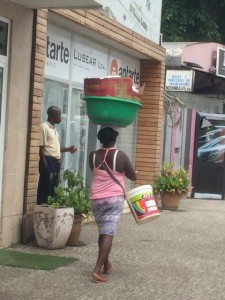 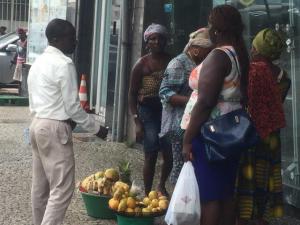 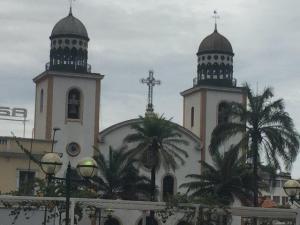 The Church of Our Lady of Remedies, a 17th century colonial building that has been renovated many times

A fisherman using nets, with our ship in the background. Also saw lots of clammers in another part of the bay 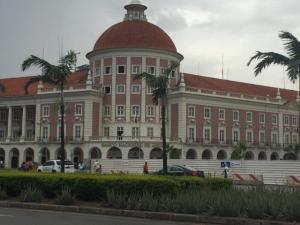 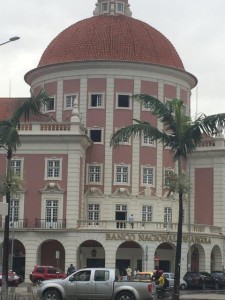 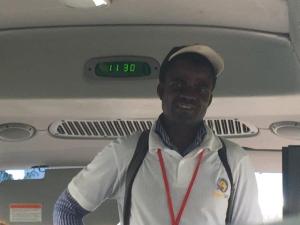 A helpful Angolan guide on our shuttle bus

We enjoyed our visit even though we got thoroughly soaked!  Tomorrow we have another sea day before arriving in Sao Tome and Principe. And we move the clocks back another hour tonight which will make us only 5 hours ahead of Eastern Standard Time!

This entry was posted in Africa, December, Food, World Cruise 1. Bookmark the permalink.