As we sailed into Muscat today, we saw that the rocky landscape looks much like Fujairah.  One difference you see are the Al Jalali and the Al Mirani forts.  They were designed and built to protect Muscat from invasion and construction began over 400 years ago.  They are not open to the public. 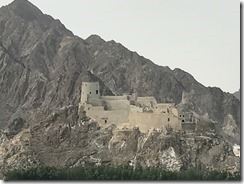 Muscat is the largest city in Oman and offers a glimpse of past and present.  The Portuguese captured the town in 1508 and held it until 1650. A lot of destruction here and in neighboring ports happened during this time.  The most famous landmark is the Sultan Qaboos Mosque, which is one of the largest in the world.  We visited it last year and didn’t go again today.  It was built in 2001 because the Sultan insisted that Oman should have a Grand Mosque. We went on a tour of the sights last time we were here so we took the shuttle to the souk today.

This winding marketplace along the corniche is just 15 minutes from the port.  It is a maze of shops that is known as one of the oldest and best markets in the region.  There are shops of all kinds!  Here are just a couple of pictures. I don’t know who uses these huge pots (Norm is in the photo for perspective!)  It was 103 degrees today so we walked through the souk and around the corniche for a while looking at the scenery including two huge yachts in the harbor. 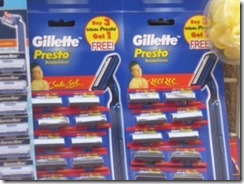 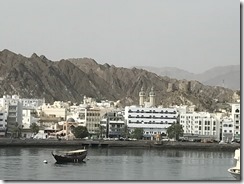 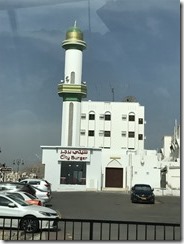 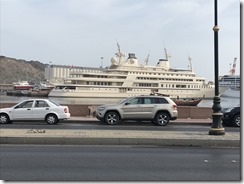 Not much that we wanted to buy in the shops but I did get a couple of pairs of cotton pants that I liked.  You can really bargain here, and often I think about what a dollar or two means to the person and how little it really means to me (not even a cup of Starbucks) and I give them a bit more than I might have bargained for. All of the shops have men working in them.  We saw a few women and children shopping but none running the shops.  It is considered offensive to photograph Muslim women so I resisted even though the children were quite adorable.

So after a very hot morning, we returned to the ship to cool off, read and watch a movie! It was called Youth in Oregon and was one we hadn’t heard much about.  The topic is timely for our age group.  Check it out.

There are four new security people on board and today we will have our pirate drill.  Our captain sent a letter to our suite last night explaining it.  We have been through it before so no surprise but I think other passengers are a bit nervous. The fifth level deck has been closed off for a while and there are high speed hoses out.  We will need to keep our curtains closed at night and if needed, we would go into the hall and sit down – that is part of the drill. There are fewer pirate attacks in the last few years due to naval patrols, etc.  Also, they usually go for ships that are closer to the sea than cruise ships.  We will be in the area for about 5 days until we reach Jordan.

All seems to be back to normal on the ship and in the dining rooms particularly and the GI problem did not spread beyond the 6 people who are now all out of quarantine.  The word is that it was not contagious and came from some contaminated food or drink that they had in Agra, India.

This entry was posted in Asia, May, World Cruise 2. Bookmark the permalink.