The last two nights were the Oceania Club returning guest cocktail parties.  As Diamond members we get invited to both, and they need two because they still have over 450 returning guests!  Pretty amazing.  Here are a couple of pictures from the party. How do you like our cruise director, Ray’s jacket?  He has them custom made in Shanghai! 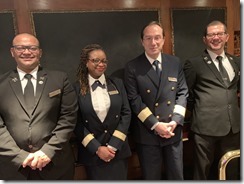 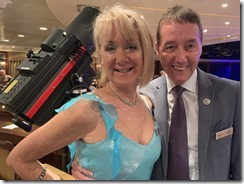 Our first port in India is Cochin.  We have been here twice before but our friends Alice and Tom have never visited India. Alice arranged tours in all four ports and this was the first one.

If you are interested in what we did the other two times, feel free to use the search bar on the blog site and just fill in “Cochin” and the other posts will come up.

This time there were a few repeats for us but still always interesting.

The pollution was not as bad here as in other parts of India, and it was not as crowded.  But the driving was still crazy.

Our guide was Joseph and our driver was Sadish. 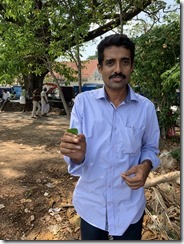 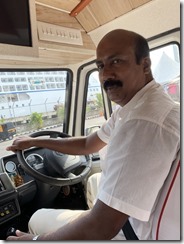 Cochin is in the state of Kerala, one of 29 states in India.  It has 1.8% of the land and 35 million people.  2 million of the residents work outside of India, primarily in the Arab countries, and they support the state by the money they send back.

Over 95% of the people here are educated.  Hindi is the official language but almost everyone speaks English and their language which is Malayali.  Most people do not even know Hindi!

Smoking is illegal, guns are extremely hard to get and the population in general is quite liberal.

Joseph says that most people here do eat beef in spite of being Hindu and that 97% of the people are not vegetarians.

We saw some shops that said “government approved” and when we asked what that meant, Joseph said “it doesn’t mean anything!”

They have the only solar powered airport in the world here.

Our first stop today was St. Francis Church.  It was originally constructed in 1503 and is the oldest church built by Europeans in India.  There are many colonial buildings in the Fort Kochi area of town as they were ruled by the Portuguese, the Dutch and the English before getting their independence in 1947.  The Portuguese explorer Vasco de Gama who discovered the first sea trade route between Europe and India – fell ill and died.  He was buried in the church but his remains were later taken to Portugal. 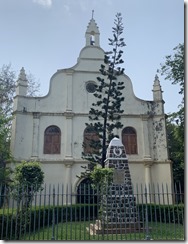 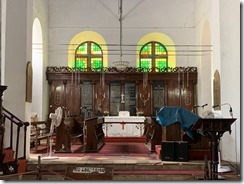 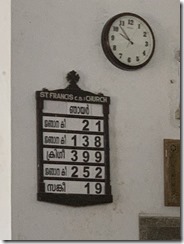 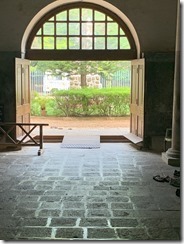 There are only windows on one side of the church because the monsoon winds come from the other side. And there are these unique cloth fans called punkahas that are operated by pulling ropes. And the ceiling is made to look like the inside of a boat. 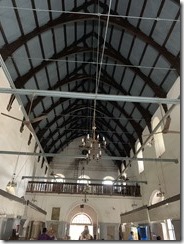 Next we went to Fort Kochi beach and Vasco de Gama Square where there are a lot of vendors and many of the Chinese fishing nets which are the only ones of their kind in India.  It is believed that traders from the court of the Chinese ruler Kublai Khan introduced the nets to this region. 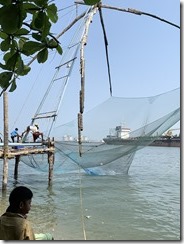 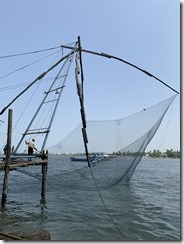 It is so interesting to see the men pull the stone weights to lift the nets out of the water. Here are also some of the fish they catch and some of the birds who are also waiting for the catch! 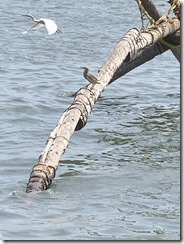 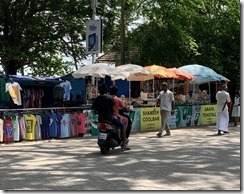 We moved on to Jew Town, which is really the name of the area where many Jewish people used to live. Now there are only 6 Jewish people left but the town still keeps the synagogue operating.  It is called the Paradesi Synagogue and it was built in 1568.  We couldn’t take pictures inside.  The features are reflective of the many cultures that once flourished here.  There are hand painted Chinese tiles on the floor, 1100 of them, and no two are alike.  There are Belgian chandeliers and copper plates that date back to the 14th century. 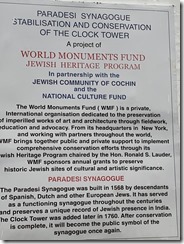 Our executive chef, Mario, comes to Cochin and Mumbai to buy spices which he says are the best in the world.

We browsed in the shops and saw Sarah, the oldest Jewish resident at 97 years old! 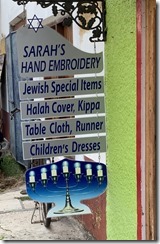 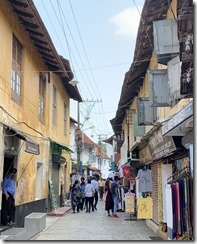 A 1 hour and 45 minute trip brought us to our last adventure of the day, a houseboat trip on Vembanab Lake with lunch.

The houseboat has 3 bedrooms for people taking a vacation and there was sort of a back porch type of area where we had comfortable chairs and a table set for lunch. 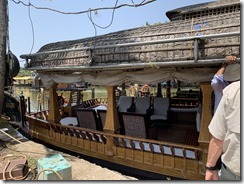 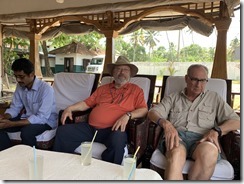 What a lovely trip it was!  Gretchen and Jane, I thought of you as there were two boats right next to each other with a piece of wood for people to cross into the one that was next to ours!

The breeze was refreshing, Tom got to steer the boat, and we had a great lunch.  Joseph explained that they eat with their hands, which he did, but we all chose to use forks! 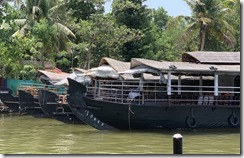 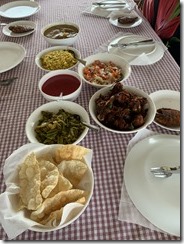 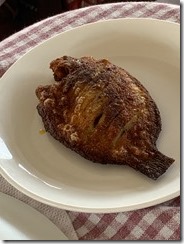 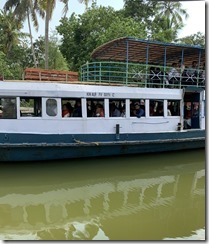 There are many kinds of boats and houseboats here and lots of homes that often get flooded in the rainy season.  And even a Rotary Club and a church. Adjoining the lake, there are rice fields.  Most of them were water covered right now, but some had rice coming up. 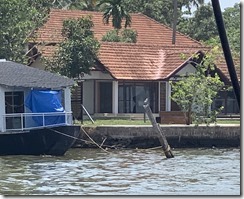 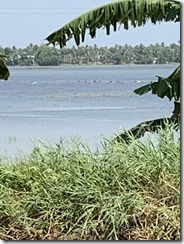 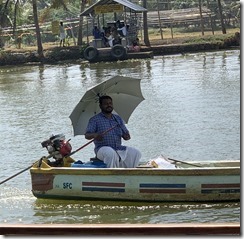 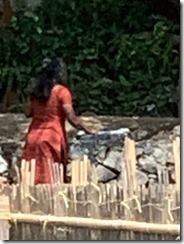 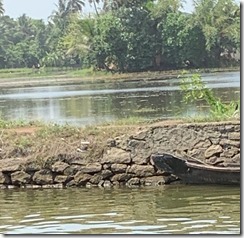 We made it back to the ship with time to spare before our 6 PM departure to Mangalore.

This entry was posted in Asia, Excursions, Food, May, World Cruise 3. Bookmark the permalink.