We docked at Sao Tome yesterday. Our original schedule said we would arrive at 9 AM, but a couple of weeks ago we found out we weren’t arriving until 12.  We had a 9:30 tour booked but I had a 2 hour ICF Board meeting scheduled at 2 so we needed to cancel the tour because we could not do it at 12:30 and be back in time for the zoom meeting.

We also found out yesterday morning that we were staying an extra day here and skipping Bom Bom Island, due to operational issues and more to do on Sao Tome.  So today we headed out to see Sao Tome.

First of all, I would say that this is another very poor West African country.  They are really not doing anything to attract cruise ships which is too bad because it could really help the economy.

Sao Tome is the capital city of Sao Tome and Principe and is the country’s largest town.  It was settled by the Portuguese and got its independence in 1975. Officially named Democratic Republic of Sao Tome and Principe, or just Sao Tome Islands for short, this archipelago is located in Gulf of Guinea approximately 180 miles off African west coast.It’s made up of two major volcanic islands surrounded by eight small islets, of which 6 are inhabited. With a total land area of 1001 sq km and a population of 150,000 inhabitants, Sao Tome and Principe is the smallest country in Africa, after Seychelles.

The country is best known for coffee and chocolate, the chocolate is said to be the best in the world. So of course we had to find some.  We walked a long way along the waterfront to the supermarket where they had the Claudio Corallo chocolate.  Looking forward to sampling it.

We walked around the town to the city market (Mercado da Cidade) which was huge, crowded and fishy smelling. There were narrow walkways between stalls of fresh vegetables and aromatic spices.  The local people were generally friendly and no one was pushy or trying to sell us anything. And their clothing and wares are very colorful. One of our friends was very close to a fist fight between two locals and was asked to leave the market, not take pictures, etc. 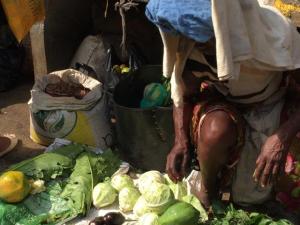 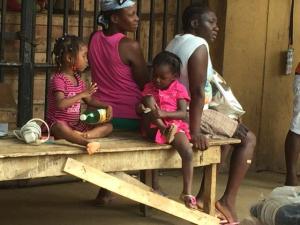 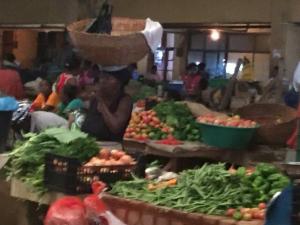 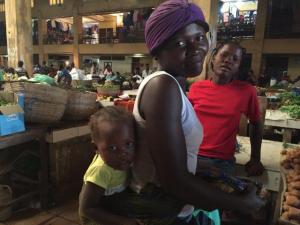 We also visited the Catedral de Sao Tome.  The twin towers fo the church date back to the 16th century and is a reminder of the strong influence of Roman Catholicism.  In the Portuguese fashion, the sides of the church and above the altar are decorated with blue and white porcelain tiles. 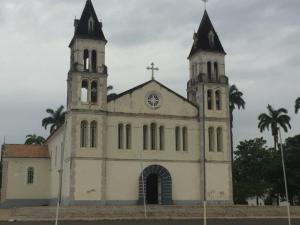 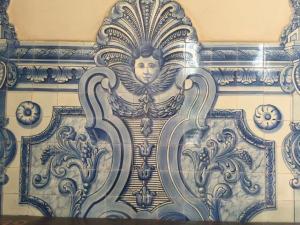 There is a lot of colonial architecture here, lots of it in very poor condition. I think it looks like the old pictures of Cuba.

The Presidential Palace was the site of some kind of celebration while we were there. Soldiers, sailors,  color guard and band marched by a red carpet and then a Mercedes brought some dignitary there (we didn’t know who and couldn’t find anyone who spoke English well enough to tell us.)  But we watched it all for about 45 minutes. 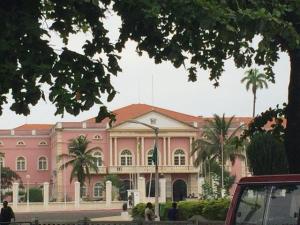 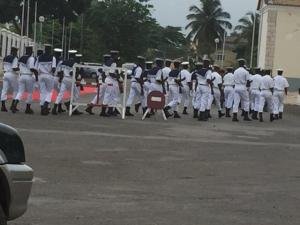 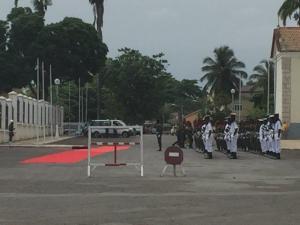 We gave some dollars to local people after I asked whether I could take some pictures. Loved the little boy with the spaghetti, and these nude soccer players on the beach, one of them was a pretty good acrobat too! 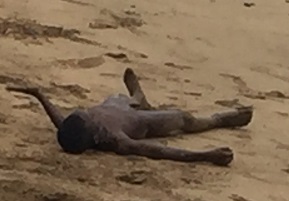 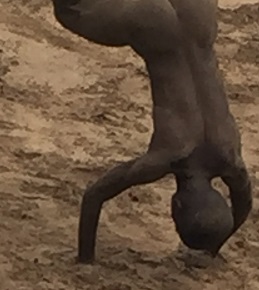 Also loved seeing how the local moms carry their babies in these colorful cloths.  We have seen them in other ports but saw many today. Typical sights are these fish drying on a roof, women carrying almost anything on their heads (look at the live ducks and chickens in the pan on the woman’s head, then after she set the pan on the sidewalk), and also the baby octopus being carried and sold on the streets. Two of the women had sandwiches on their heads! 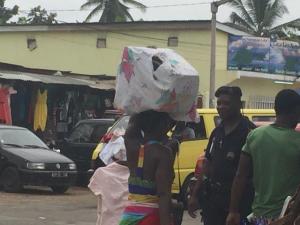 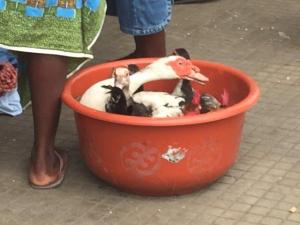 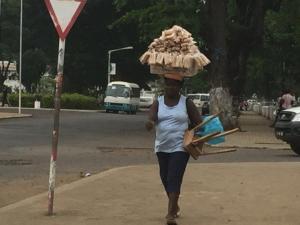 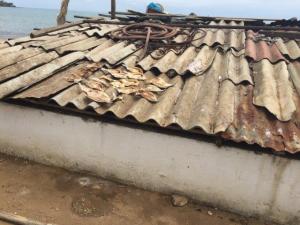 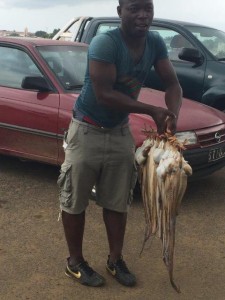 1 Response to Sao Tome and Principe